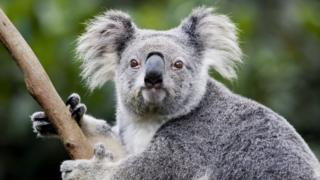 A koala has been found dead with its ears cut off in Australia, amid what police say is a spate of cruelty cases involving native animals.

The marsupial was found on a road in Warrnambool, about 250km (150 miles) west of Melbourne, on Monday.

It is not clear whether the koala was alive when mutilated, authorities said.

Police described the case as "disturbing" and said it followed similar mutilations involving kangaroos and wallabies.

"There is no reason for anybody to wish to treat an animal in this way, whether alive or dead," said Sgt Pat Day, in a video posted by the Warrnambool Standard.

Police did not give details of other recent cruelty cases, but said no others had targeted a koala.

In June, a kangaroo was found shot dead and tied to a chair, with a liquor bottle, in Melbourne.

Koalas are native to Australia and classified as a "vulnerable" species. There are fewer than 100,000 left in the wild, according to the Australian Koala Foundation.

Police have appealed for help to find the perpetrator.