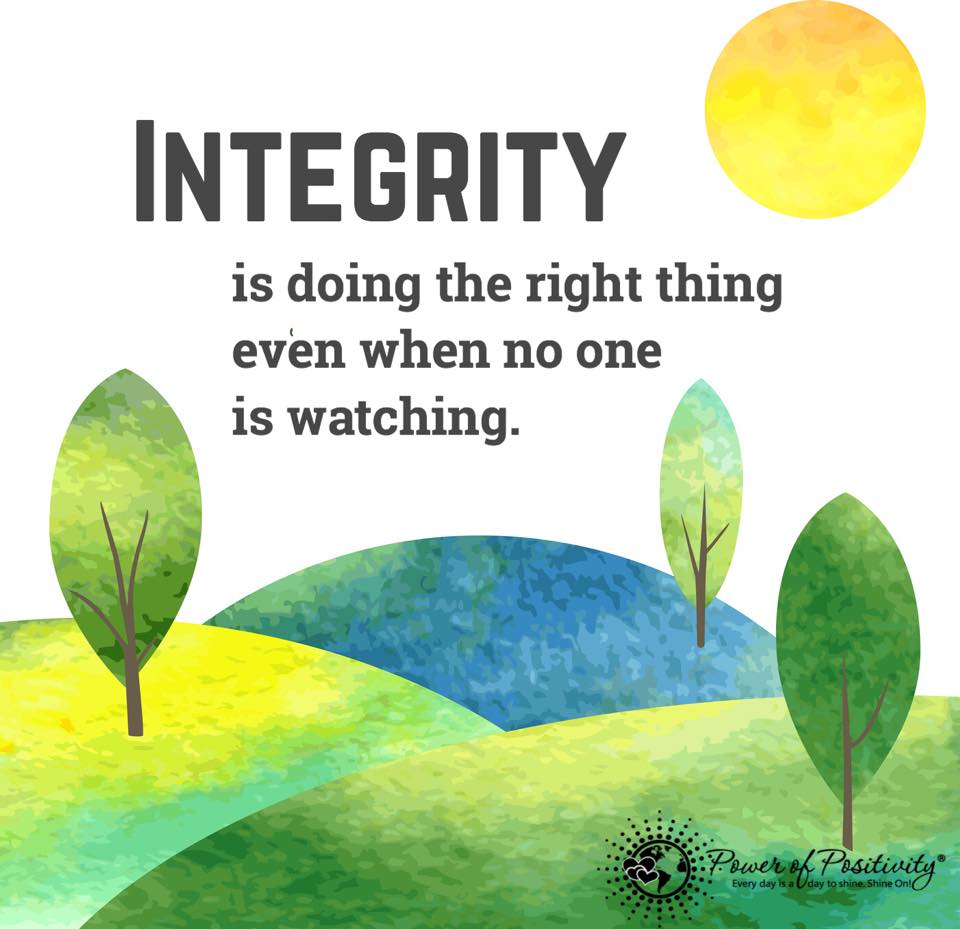 “Whoever is careless with the truth in small matters cannot be given trust with important matters.” ~ Albert Einstein

How do you get someone to trust you?

The truth is we cannot “get” trust any more than we can “get” respect. Trust, like respect, is something that must be earned and – just as importantly – kept.

Simply put, trust is built over a period of time and by acting with integrity throughout that time.

While it may be difficult to ascertain everyone who you can trust, honest individuals typically display a set of common traits.

Let’s take a look at eight traits of trustworthy people:

Trustworthy people consider “being there” for others an utmost priority. In all likelihood, they’re willing to forgo their own comfort to assist someone in need.

In other words, you know someone is trustworthy when they say things like “I’m just a phone call away,” or “I’m here for you.” Honest people don’t take these words lightly, either. They’ll back up what they say with actions. If they don’t, you can bet they have a good reason.

It’s no surprise that some of the most trustworthy people are compassionate and empathetic. Keeping their word is important to them, yes, but they understand that to do anything else would be hurtful.

Empaths, for example, tend to be devoted friends, family members, and partners; it’s almost unheard of for people in the group to disregard their commitments to someone else. Not surprisingly, empaths – among other selfless types – are the ones that often reignite our faith in humanity.

Relating to the previous quality on our list, trustworthy people are consistent in their behaviors. They’re responsible individuals at work, at home, and in relationships.

The odds are that if someone displays habitual consistency, they’re worthy of trust.

Andrew Carnegie, one of history’s greatest industrialists and philanthropists, said, “As I grow older, I pay less attention to what men say. I just watch what they do.” Actions always speak louder than words; which leads to the next point: trustworthy people are humble.

They’re humble because they don’t feel the need to prove anything. Boastfulness is the mirror opposite of humility and can be a big red flag. Honest people don’t go around saying “I’m honest.” They’re too humble for such nonsense. Instead, they turn their thoughts to actions – which, in turn, do all the talking.

The ancient Greek poet Sophocles said, “I would prefer even to fail with honor than win by cheating.” Sophocles, by all historical accounts, was an honorable man greatly revered in ancient Greece.

Trustworthy people also value honor, both from themselves and others. Whether it’s fulfilling a commitment or making a verbal agreement, honest people do the right thing.

Not everyone who shows kindness is trustworthy, whether by design or poor judgment. That said, most trustworthy people are kind to others. They’re polite, civil and conscientious.

If a person you know is almost always kind and courteous – and backs up what they say with action – they are probably someone you can trust.

The seventh trait on our list is a well-timed follow up to the sixth. Authenticity is defined as “not false or copied; genuine; real.”

Fake people, by their very nature (and well-deserved title), can not be authentic. Thus, they’re more likely to deceive and disrupt intentionally. A truthful individual will say what needs to be said, as they know their words are spoken with meaning.

Think about five people who you wholeheartedly admire. It can be a historical figure or someone in your family. Just for illustration, this writer’s “top five” are Jesus, Buddha, Gandhi, Martin Luther King Jr., and Mother Theresa.

Notice that everyone on this list was wholeheartedly selfless. Furthermore, all were known for redirecting the spotlight back onto people who looked up to them.

In short, the most trustworthy people are often the most selfless – and they all dedicated their lives to something greater than themselves.

The post 8 Traits of The Most Trustworthy People appeared first on Power of Positivity: Positive Thinking & Attitude.

IcetruckNovember 12, 2017
Like story:
tweet
Researchers Explain What Your Handwriting Says About You
5 Ways To Positively Deal With Negative People In Your Life