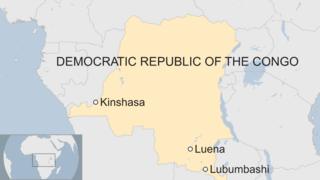 It happened in Buyofwe in the province Lualaba, in the south of the country.

Radio Okapi said that the train caught fire after crashing into a ravine. According to reports, it was carrying flammable material.

The train was running between Lubumbashi, the second-largest city, and the town of Luena, 2,000km (1,200 miles) from the capital, Kinshasa.

The province's Governor Richard Muyej told the BBC there had been an accident but he could not confirm deaths.

IcetruckNovember 12, 2017
Like story:
tweet
7 Behaviors People Who Were Unloved As Children Display In Their Adult Lives
Powerful earthquake on Iran-Iraq border kills more than 140