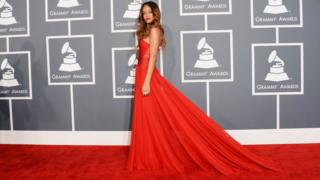 The celebrated Tunisian fashion designer Azzedine Alaïa has died at the age of 77, French media report.

Alaïa, whose close-fitting designs earned him the nickname "king of cling", achieved fame in the 1980s.

Alaïa was known for his uncompromising attitude to exhibit his designs to his own schedule and was uninterested in the publicity of fashion weeks.

Tributes were being paid to the couturier on social media on Saturday.

Lady Gaga said that Alaïa was a "genius in not only fashion but in his heart". In a statement posted on Twitter, the singer said the designer "should be celebrated as one of the greatest," adding: "I love you."

Singer Mariah Carey also thanked Alaïa in a tweet, adding that he was an "incredibly kind man".

Devastated to hear about the passing of my friend Azzedine Alaïa. Mr. Alaïa was a genius and an incredibly kind man. Thank you for everything. R.I.P. pic.twitter.com/DD2u5VVbDl

Alaïa, who was born in 1940, trained as a sculptor in his native Tunisia and remained fascinated by the human form throughout his career.

He moved to Paris in the late 1950s, working briefly for Christian Dior and Guy Laroche before becoming an independent couturier.