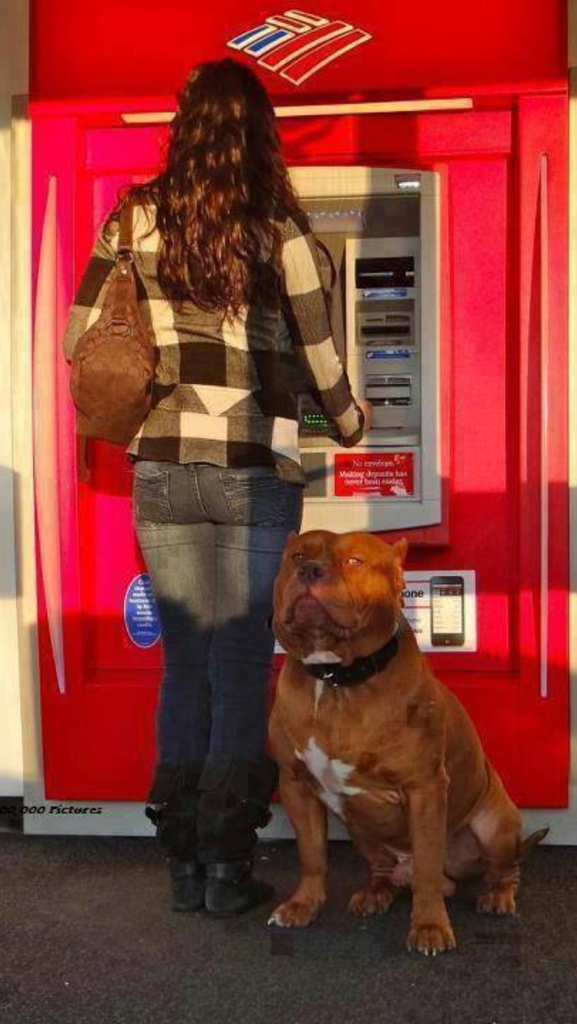 Withdrawing money in public places is a risky business. You always need to look around to make sure nobody’s standing too close and watch out for any muggers. But better way to make sure no one gets into your proximity while you are withdrawing cash than have your loyal pet dog watch your back. The best time to withdraw cash is when you are taking your pet dog for a walk, in that case, if anyone planning to pull a trick on you will either be distracted by their cuteness or terrified of their ferocity, either way, it is a win-win situation.

Here are some photos of some people winning at the ATM security game:

This Bulldog’s intimidating glare is enough to stop anyone who might be getting any ideas in their tracks.

2. For When You Need Double Security:

These two German Shepherds seem like they’re ready to take on anyone who might wish to harm their owner.

This loyal dog is vigilantly guarding his owner’s back while she uses the ATM and even eyeing a stranger suspiciously. 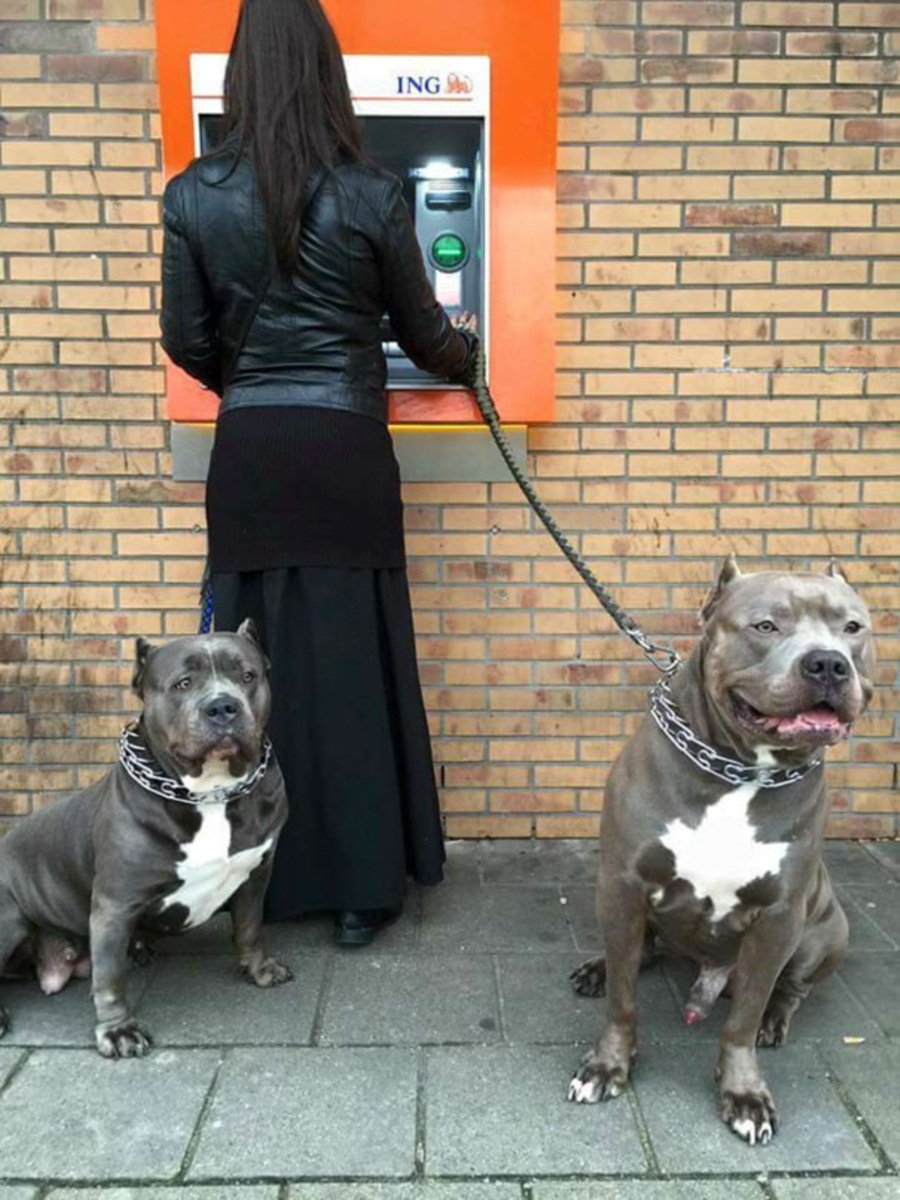 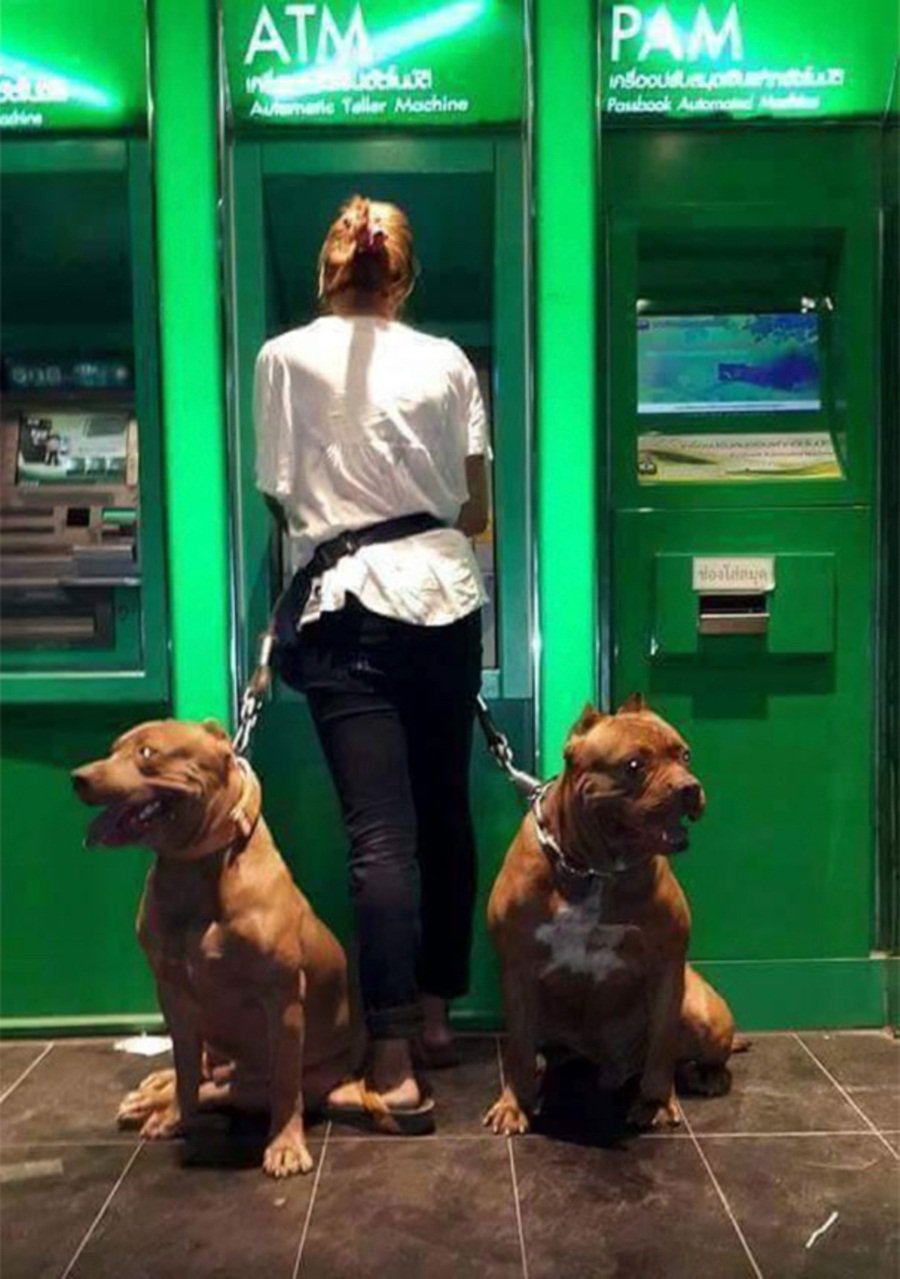 Two loyal Bulldogs looking out from two directions on the street for their master.

This Artist Reveals Real Society Values, and His Works Are Grim But Amazing

6. When You Need Cash To Buy Some Treats: 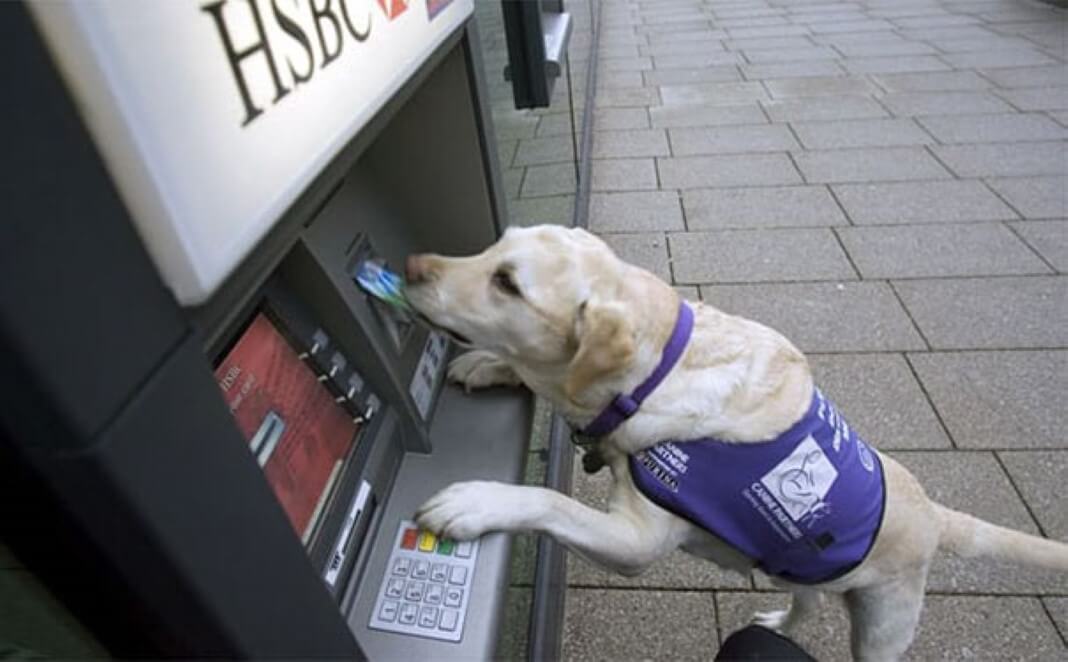 This good doggo seems to be in hurry to get some cash to buy treats, we assume. 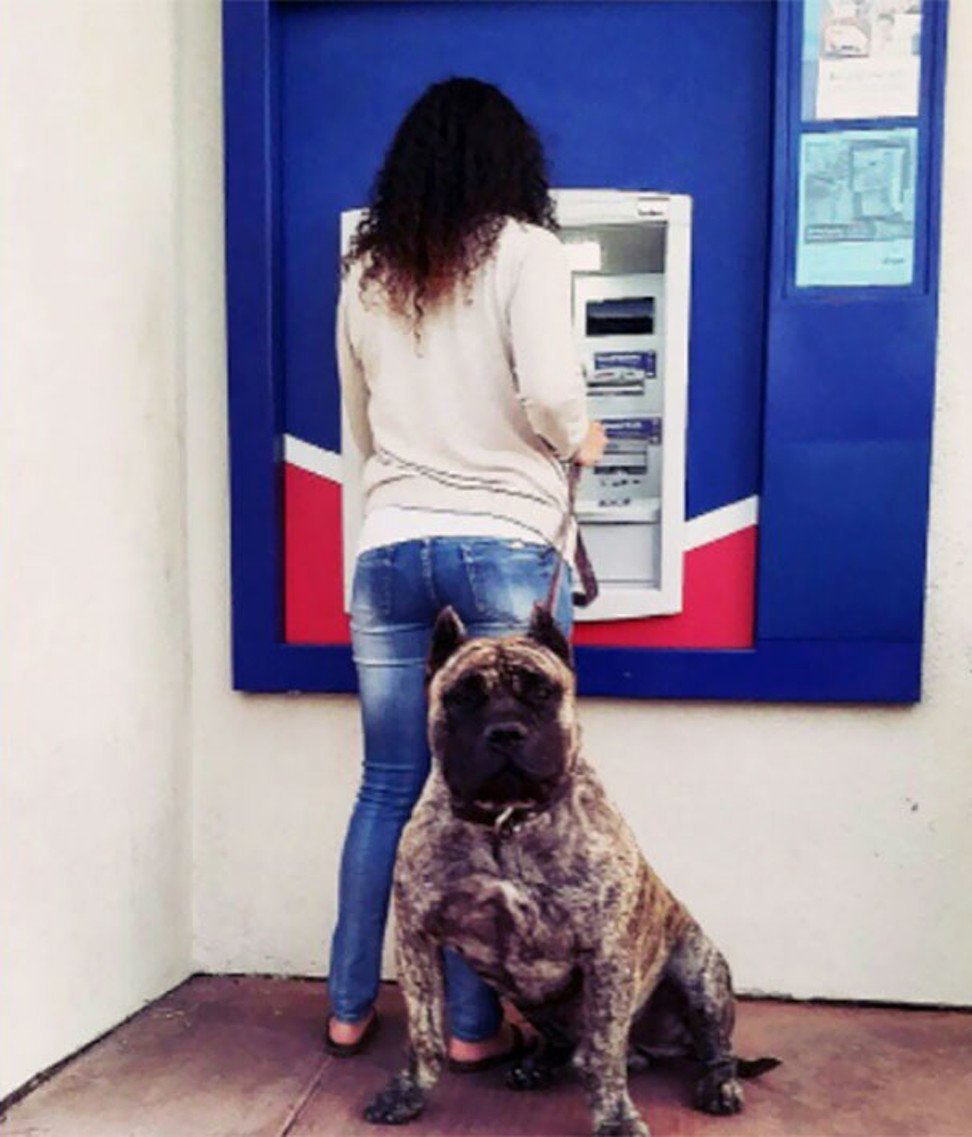 This Gigantic Dog seems to be the only deterrent one would need to know not to mess with its owner. 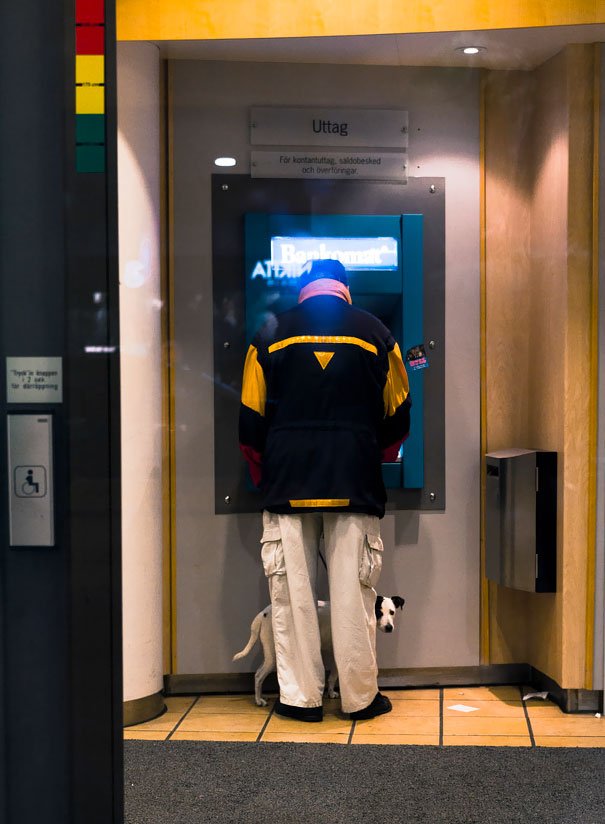 Do not judge this dogs ability to defend its owner in case someone tried to attack him from his size. He will not hesitate to use his quick movement and tiny paws to protect his master.

9. We Are Thoroughly Terrified: 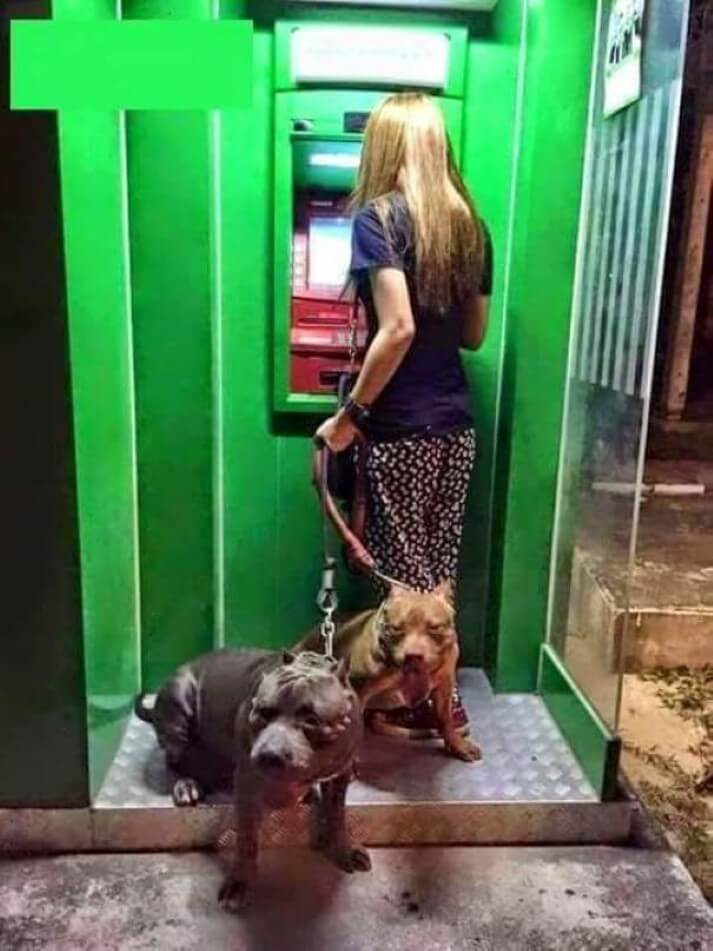 The expressions on these dogs’ faces are all the clues a potential attacker would need to turn back on his or her tracks.

10. When The ATM Security Is Bigger Than The ATM Itself: 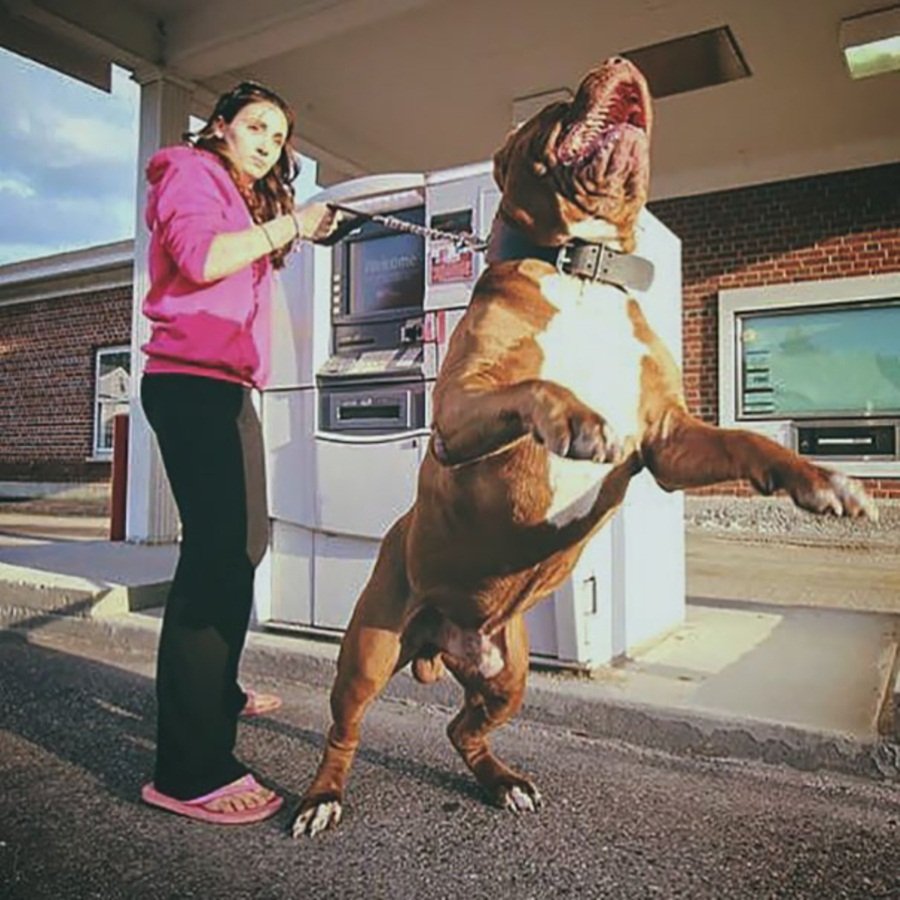 This dog is practically bigger than its owner and the ATM machine she is using. After looking at his size and those canines we do not for a second think that a thief or a mugger would even dare to make its owner one of their victims.

11. Anything To Become A Good boy: 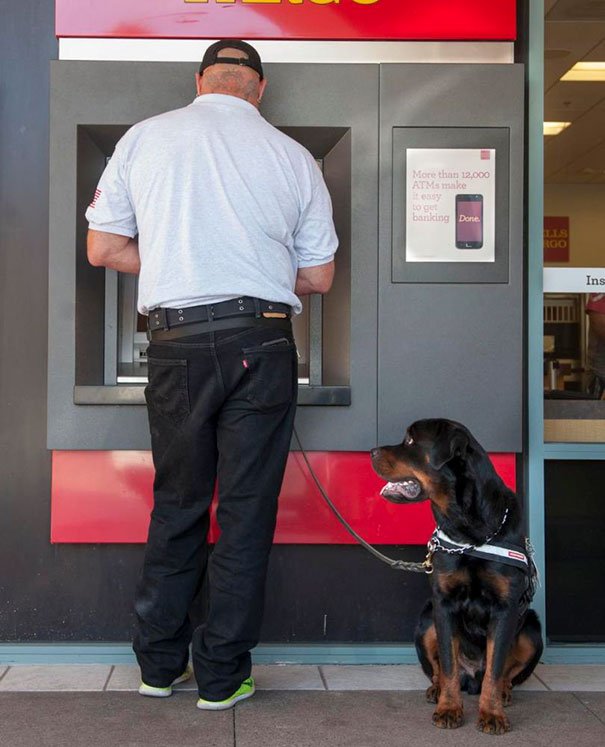 This mellow looking dog is obediently standing and attentively watching over his owner while he withdraws cash from the ATM. 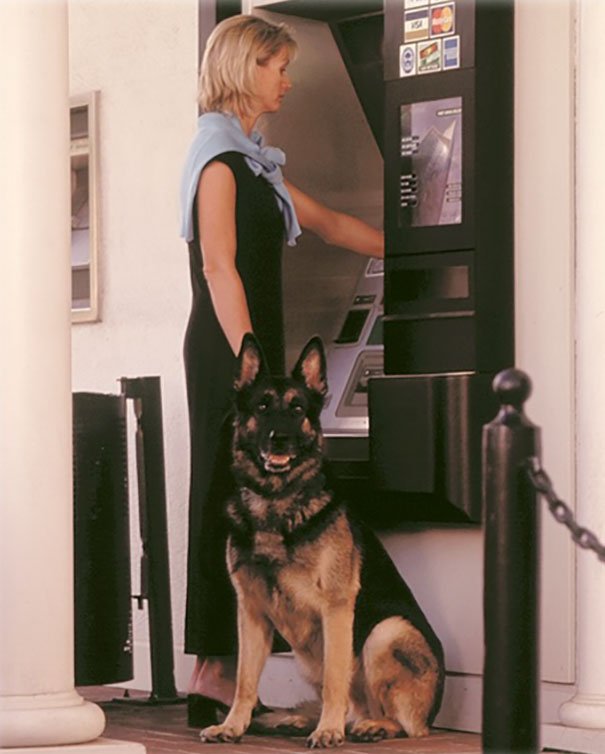 This vintage photo of a German Shepherd and his owner show people have been reaping the benefits of added security from their pets for as long as ATMs have been around. It seems like an old trick tried and tested.

13. You Got Nothing To Worry About: 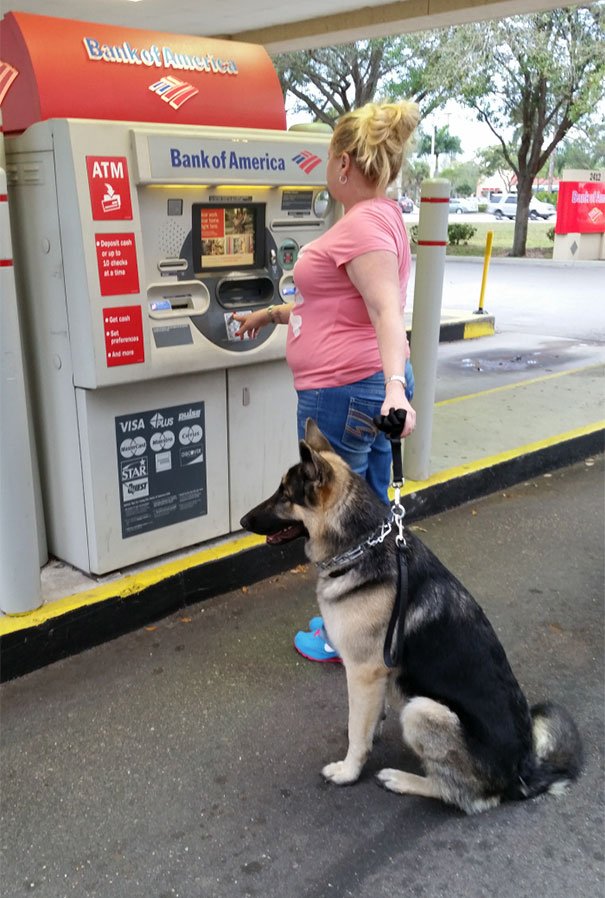 Another gorgeous German Shepherd patiently waiting while his owner uses the ATM to withdraw cash. He seems perfectly composed and ready to get into action any second.

Dogs are known to be inherently loyal pets. There are quite a lot of species of them to be seen, from adorable poodles to majestic huskies to scary bulldogs to friendly pugs, all being special in their qualities. They are not only gorgeous creatures but also smart animals and in these pictures, you can see them very patiently guarding their masters’ back while they use the ATM machine. The best choice for a guard dog seems to be Bulldogs or German shepherds but other smaller in size species seem to be doing a great job as well. What better defense than a loyal pet who is willing to rip off someone’s flesh for you right?

Liked This? Read This: Here Are 10 Tips To Make Coffee More Delicious

IcetruckNovember 23, 2017
Like story:
tweet
Here Are 25 Pictures Showing The Happiness When Doing Something For The Very First Time
Pioneering jazz singer Jon Hendricks dies at 96