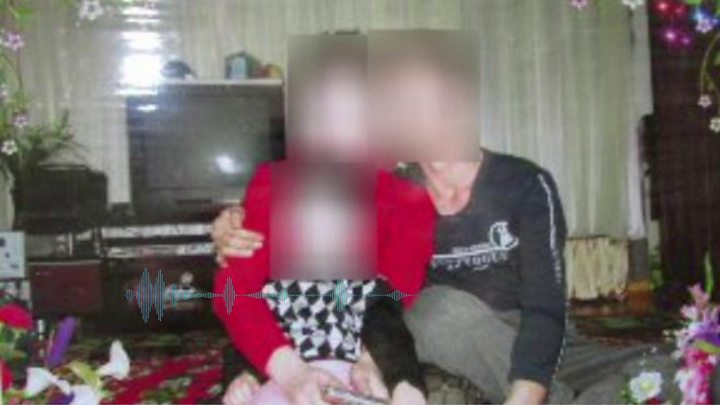 China has sent back a group of North Korean defectors, including a child, despite a desperate plea by one of their relatives, the BBC understands.

The group of 10 was detained in China in early November after secretly crossing the border.

One man already himself in exile, whose wife and four-year-old son were among those held, had said they could be killed if made to return.

He now says the group's claim for asylum was not considered by China.

He has learned they were then sent to a detention centre in North Korea, where, according to a spokesman for the charity Human Rights Watch (HRW), "they are doomed".

Neither China nor South Korea has commented on the group's fate.

The man whose wife and son are detained asked to be identified only as Lee. He fled to South Korea in 2015 and had hoped his family could join him.

"At the moment I believe they are in a detention centre," he told BBC Korean. "I heard that if you spent a month there you become extremely frail due to the lack of food. You lose all your weight because there's nothing to eat. You get 20 kernels of corn at best a day.

"I really can't express how I feel. The world feels like hell to me right now."

Earlier this month, Lee had pleaded with China's Xi Jinping and US President Donald Trump to intervene and prevent his family being repatriated.

The defectors were arrested in a raid on a safe house in Shenyang in Liaoning province, north-east China, on 4 November.

The arrests came amid a crackdown by China on North Korean defectors. Chinese security services apprehended at least 49 North Koreans in the three months between July and September, according to HRW – a significant jump from the 51 people recorded as having been detained over the entire previous 12 months.

Phil Robertson, deputy Asia director for HRW, said that by returning the group, China was "complicit in the torture, forced labour, imprisonment and other abuses they will suffer".

"They are doomed and Beijing's refusal to protect them and treat them as refugees fleeing persecution is precisely the reason why."

China's foreign ministry had earlier said it was unaware of the details of the case but that it followed domestic and international law in all such matters.

China forcibly repatriates North Koreans despite being a party to the 1951 UN Convention on Refugees, which obliges signatories not to return refugees if it may put them at risk of persecution or torture.

It regards the defectors as illegal migrants rather than refugees.

In 2014, the UN Commission of Inquiry on Human Rights said North Korea was responsible for "systematic, widespread and gross human rights violations" and "crimes against humanity".

"People say Kim Jong-un is a nasty person," Lee told BBC Korean. "But it's equally bad to repatriate people to North Korea knowing that they will be sent to political camps and face their death. It's almost worse to be an accomplice, knowing what you're doing is a bad thing."