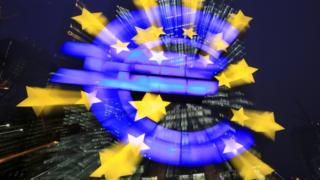 The European Commission has announced plans to reform the eurozone, including the creation of a monetary fund based on the existing bailout mechanism.

Contentious ideas such as the creation of a European finance minister and of a budget to support countries in trouble have been tabled for discussion.

Some members had warned that some of the plans were premature and ill-timed.

Germany is still without a new government and EU leaders are focused on the difficult Brexit negotiations.

Leaked versions of the plan, announced by European Commission President Jean-Claude Juncker in Brussels, included the more controversial points and were criticised in German media.

Some countries had also raised concerns over plans that would give the Commission – the EU executive – more powers.

The proposals follow Mr Juncker's state of the union speech in September, and say member states should take concrete steps in the next 18 months.

"Today's robust economic growth encourages us to move ahead to ensure that our Economic and Monetary Union is more united, efficient and democratic, and that it works for all of our citizens," Mr Juncker said.

"There is no better time to fix the roof than when the sun is shining."

EU leaders, except the UK, are due to discuss the proposals at a summit in Brussels next week. But no decisions are expected for now.

First there is Brexit. The bloc is heavily focused on the drama around the negotiations and how to make them progress.

Then there is Germany, where Chancellor Angela Merkel is still trying to form a coalition government after the September election.

The political deadlock in eurozone's largest economy, seen as a pillar of stability in the bloc, has weakened Mrs Merkel, and no concrete steps are likely to be decided before any deal is reached in Berlin.

With so much uncertainty, analysts have asked if this is the right time to push an agenda for reforms.

Nevertheless, a dedicated meeting is planned for June 2018, when decisions are expected to be taken.

IcetruckDecember 6, 2017
Like story:
tweet
Terry Crews on his fight against harassment: ‘This gives my life meaning’
US funds giant eyes bid for BT’s Hermes