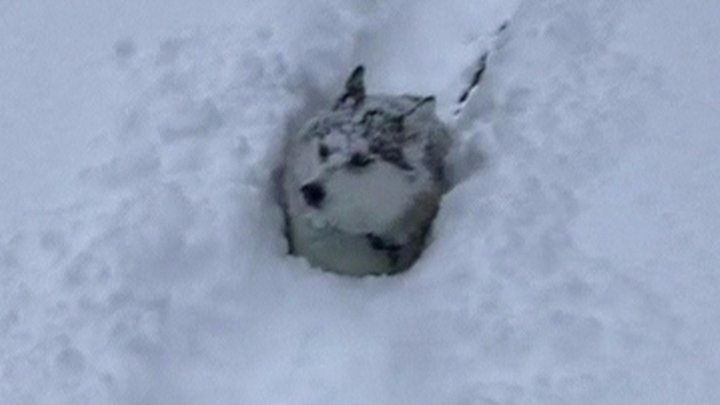 Snow emergency in US town after huge storm

A heavy storm has brought a record amount of snow to the US city of Erie on Christmas Day, forcing officials to declare a state of emergency.

A total of 34in (86cm) of snow blanketed the city and surrounding areas in the Pennsylvania state.

There was no respite on Boxing Day, with meteorologists registering a grand total of 60in over the two-day period.

Police warned motorists that "roads are dangerous and impassable", with a number of closures reported.

More snow is forecast on Wednesday.

The officials say the heavy snowstorm is the result of lake-effect snow – when cold air combines with lake water.

The city lies on the shores of Lake Erie.

So, what snow records were smashed?

In fact, a number of them.

The National Weather Center Cleveland on Christmas Day registered a new all-time high for any single day, beating the previous record set in 1956.

The state's two-day snowfall record from 1944 was also shattered, as well as a storm total snowfall and a monthly snowfall.

How are local residents affected?

A number of cars and homes were buried in snow, with some residents having to shovel their way out.

Shops and childcare centres were closed.

Some flights to and from the Erie International airport were cancelled.

Meanwhile, social media users have been publishing amazing pictures from the area.

So, since 12 AM Christmas Day, #EriePA has gotten over 55 inches of snow. Their average for December and January COMBINED is just over 57 inches. Here's what Erie looks like right now: pic.twitter.com/NigHc79iGD

This is insane! We have seen 92.5 inches of snow this month. 19" since midnight, and 53" since Christmas Day. #Erie #Snowmageddon pic.twitter.com/COiNJja6rx