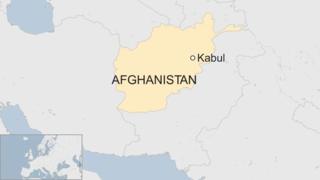 A suicide bomber in Afghanistan's capital, Kabul, has killed at least 11 people and injured 25 others.

A suicide attacker on foot detonated his explosives, a spokesman for the city's police chief said.

The exact target of the attack is not known yet, but it happened near a number of police officers who were handling a protest at the time, the interior ministry said.

The police department said five officers were killed and 11 injured.

The wounded have been taken to hospitals around the city.

IcetruckJanuary 4, 2018
Like story:
tweet
EU presents itself as ally of Cuba in face of US hostility
Russian opposition leader appeals ban on election run against Putin