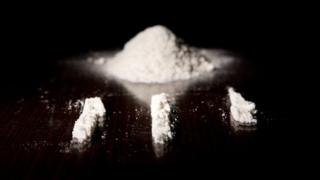 Nine young backpackers were rushed to hospital in the west Australian city of Perth after snorting a drug they mistook for cocaine.

Three remain in critical condition after ingesting the mystery white powder which arrived in the post addressed to someone else.

Tests suggest the powder contained Hyoscine, a prescription drug which has gained notoriety as a date rape drug.

What do we know?

Five of the backpackers are French, two are German, one is Italian and one is Moroccan, and they are aged between 21 and 25, say reports.

They were staying at a property in the city's Victoria Park district when a package arrived in the post addressed to a previous occupant, one of the victims told the West Australian newspaper.

They decided to open the package and found a white powder inside, wrapped in a piece of paper bearing the word "scoop", said the man, who said his first name was Simone.

"Scoop" may have been a reference to "Scopolamine", another name for Hyoscine.

Believing the powder to be cocaine, they divided it into nine doses and snorted it up their noses – only to quickly become paralysed and unable to summon help.

"We were powerless, we couldn't do anything," Simone said. The alarm was only raised when another housemate, who had been out for the evening, returned home.

Neighbours spoke of their terror as they watched the housemates being taken out of the house on stretchers, some unconscious and some suffering glassy-eyed seizures.

What condition are the backpackers in?

"Several of these people would have died I'm pretty sure without medical intervention," he told the West Australian, adding that the nine were brought to hospital "in a state of agitated delirium".

"They were hallucinating, their hearts were racing, several of them had to be put in a medically induced coma for their own protection and I really need to emphasise how seriously unwell they were."

Cocaine is illegal in Australia, with federal and state laws providing penalties for possessing, using, making or selling the drug.

What is Hyoscine (Scopolamine)?

Hyoscine, from the nightshade family of plants, is also known colloquially as "Devil's Breath".

It's used to treat nausea, motion sickness, and gastro-intestinal pain, among others, with common side-effects including sleepiness and dry mouth. But in higher doses it can also cause hallucinations, agitation, seizures and unconsciousness.

In the criminal world, the drug is used for its ability to diminish resistance, creating "zombies", and reduce memory of events. As such it is used in robberies, sexual assaults, date rapes and kidnappings.

The criminal use of the drug is mainly associated with Colombia, where it is derived from the borrachero tree which grows wild in the northern Andean region.

Some 50,000 incidents are associated with the drug every year in Colombia. However, some have questioned the horror stories attributed to the drug – for instance, that powder can simply be blown into victims' faces.