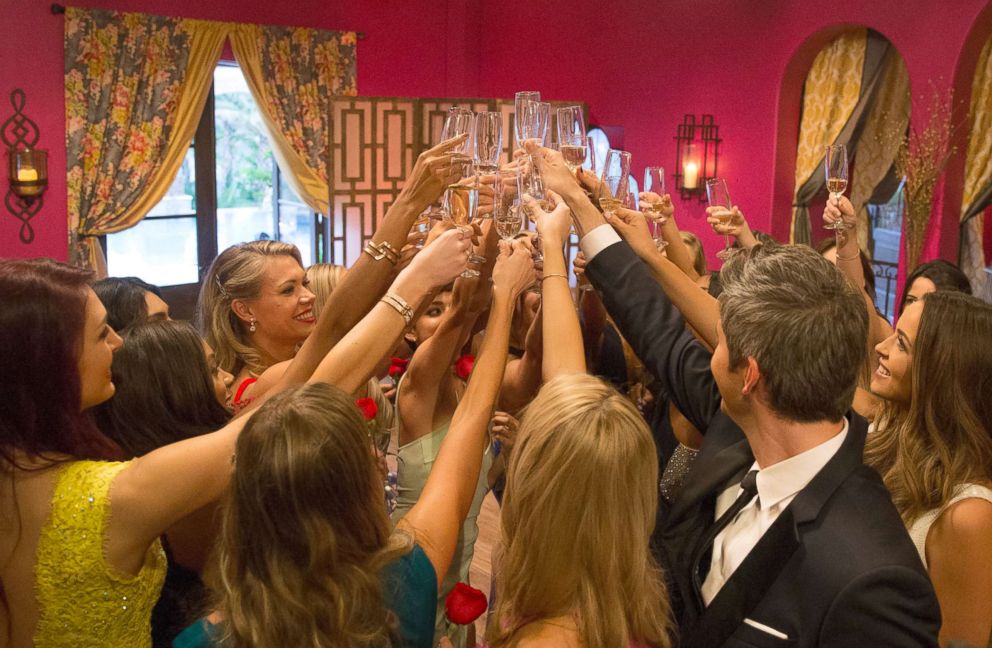 'The Bachelor': Who did Arie send home last night?

After last week’s tense confrontation between Latina dynamo Bibiana and Krystal, Bibiana was determined to make a connection with Arie Luyendyk Jr. in week three.

But by the end of the show, Bibiana went home.

Maquel, Jacqueline, Lauren B., Tia, Marikh, Bekah M., Bibiana and Krystal went on a group date in which the group trained to be wrestlers, with some guidance from original wrestlers from the 1980s hit television series "Gorgeous Ladies of Wrestling."

Arie was surprised to learn he was being made to wrestle against surprise guest Kenny, a bachelor from Rachel's season on "The Bachelorette," who is a professional wrestler. Arie got body slammed a lot.

Later, each girl was dressed in their "character" — “the Gorgeous Ladies of the Bachelor” — and paired off against one another. Surprisingly, Bibiana and Krystal did not fight.

The group went out to a cool RV park and Krystal got to spend time with Arie first, which irritated Bibiana. When the group gathered, Arie gave Bekah a rose while Krystal had to sit there and watch.

Lauren S. got a date card for a one-on-one and flew with Arie on a private jet to the Hall Winery in Napa, California. They spent the afternoon drinking red wine, strolling along the grape vines and getting to know each other. That night, they had dinner and talked some more. But in the shock of the night, Arie decided not to give Lauren S. a rose and said goodbye to her.

Back at the mansion, Ashley, Becca K., Brittany, Jenna, Caroline, Chelsea and Annaliese got a group date card that read, "Love is Ruff." The girls were excited because they believed it had something to do with dogs, but the excitement turned cold when a porter arrived to retrieve Lauren S.'s belongings.

The group date allowed the girls to play with dogs and challenged them to teach the dogs tricks. Afterwards, the group went to the Grove in Los Angeles and put on a dog show, which was hosted by Chris Harrison and special guest Fred Willard, from the movie "Best in Show."

That night, the group date took place at a lounge where the girls had a chance to talk to Arie. But it was Chelsea who got the rose.

Annaliese really started to worry about being the only girl who hadn't kissed Arie and confronted him about it. Arie wasn't ready and didn't feel the chemistry was there and sent Annaliese home. Bibiana tried to get some alone time with Arie but he turned her away.

At the rose ceremony, Arie gave roses to Caroline, Kendall, Ashley, Lauren, Brittany, Becca K., Seinne, Krystal, Tia, Maquel, Jenna, Jacqueline and Marikh. Bibiana, in spite of her pluck and determination, was sent home. She said she was broken, but added, "You can't force something that's not there.”

Next week the gang heads to Lake Tahoe.

"The Bachelor" airs Monday nights at 8 p.m. on ABC.