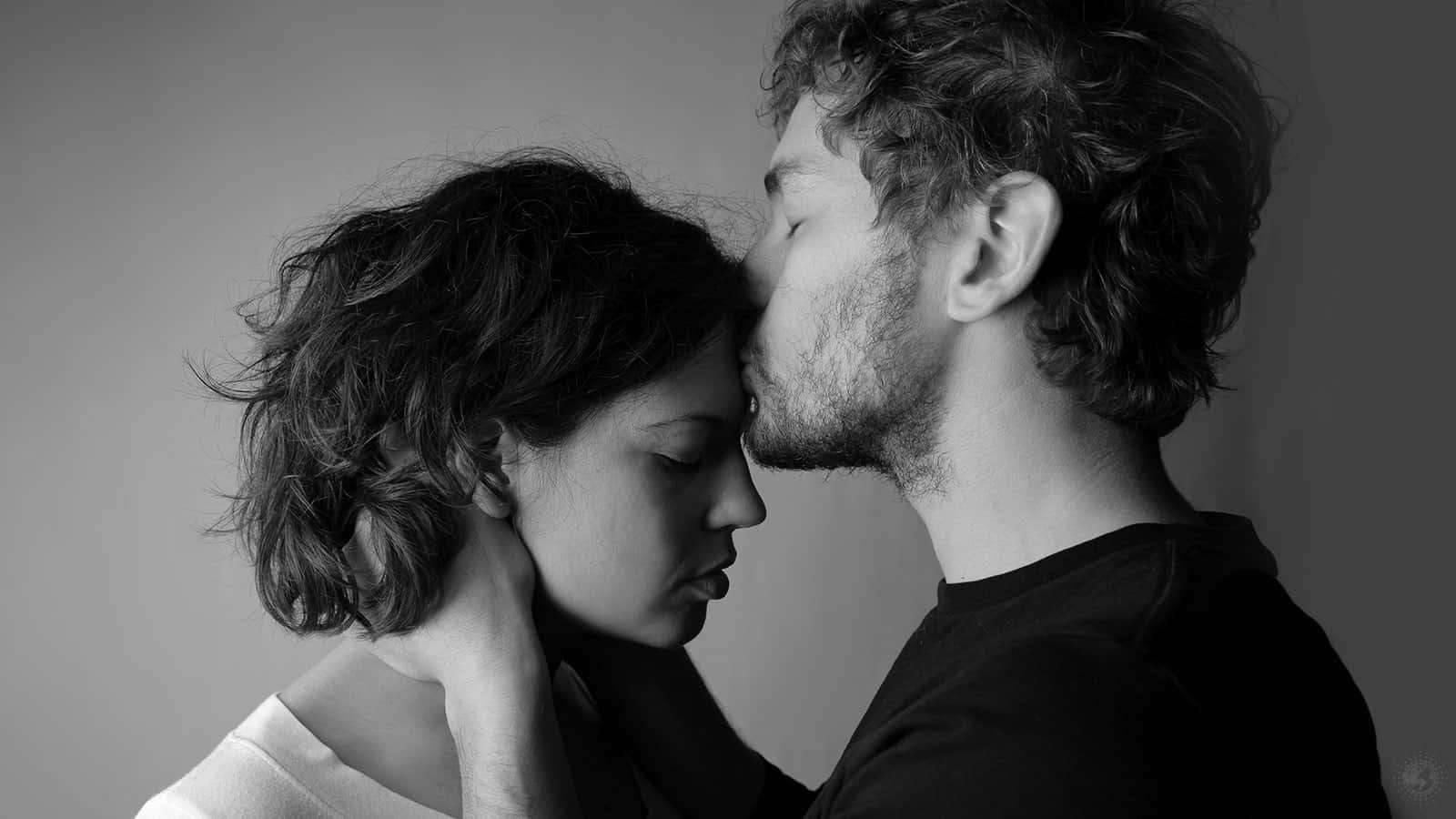 Can you ever forgive me? It’s a question that many have had to ask after intentionally or unintentionally hurting a loved one. The process of seeking forgiveness is essential for repairing the relationship you broke.

Still, this does not mean asking someone to forgive you is a natural process. To learn how to make an apology work, you need to know what forgiveness is and what it isn’t.

To forgive, according to Miriam Webster, is “to cease to feel resentment against (an offender).” Psychologists similarly define forgiveness as a conscious decision to release vengeful or resentful feelings toward an offender. Note that neither definition involves forgetting the action that caused pain. Nor do they imply that forgivers must excuse or agree with your actions.

Contrary to what society tries to cement into us through phrases like “forgive and forget,” true forgiveness does not involve releasing you from accountability for your actions. Instead, it’s the process of admitting your wrongdoing in an attempt to help the person you hurt release their negative feelings.

Asking “can you ever forgive me” is hugely beneficial to both you and the person you hurt. Not only does a good apology help repair the damaged relationship between you and the forgiver, but it also changes how the forgiver views you. Research shows that people see those who have wronged them more positively when they take responsibility for their actions and apologize.

Not only that, but forgiveness between husbands and wives boosts reports of marital satisfaction for couples and strengthens the parenting alliance. It also helps forgivers enjoy less anxiety, reduced feelings of depression and anger, and stronger task coping skills. These latter benefits result from the fact that accepting an apology releases negative emotions associated with unfortunate health consequences.

The Science of Apologizing

Despite the benefits of forgiveness, not every apology is received well. This cool reception is due to a lot of reasons. The forgiver may struggle with forgiving their offender, for example. Or the excuse you made was insincere or failed to acknowledge the impact of your actions or words. While you can’t control the other person’s decision to forgive you or not, you can make sure that you’re seeking forgiveness correctly.

So, how do you effectively ask: can you ever forgive me?

Accept Your Role in Causing Pain

The process starts with admitting to yourself that you’re guilty of causing pain. So, you need to humble yourself and recognize how your words and actions impacted the person you’re seeking forgiveness from. This can be difficult, and admitting this guilt is painful. But without a broken heart, you will not be willing to fix the damage. Further, you will not appear remorseful in your apology.

How to Construct an Effective Apology

A couple of studies have shown that there are about five to six steps involved in creating a proper apology. One write-up from the University of Ohio outlined six steps, while another published in the Journal of Psycholinguistic Research listed five. Both of these share very similar actions.

1 – Expressing remorse for your actions

The beginning of any good apology involves saying, “I’m sorry” or “I apologize.” Following that, briefly sum up your feelings of remorse about what you did. As you summarize, be specific about what you did to cause pain. Don’t just give a blanket statement, such as “sorry, I upset you.” Instead, say things like, “I’m sorry I hurt you by breaking your favorite mug.”

2 – Empathize with the offending party

Explain to the person you hurt what happened that led up to the pain. This does not mean you should make an excuse for your behavior. However, it does give you a chance to note your mental processes briefly. For example, if you stand someone up for a date, try explaining that you mistakenly thought not showing up at all was better than showing up late.

Once you do that, take the time to empathize with how the offending party felt. Recognize that you were wrong in your reasoning because of how it likely made the other person feel. Doing so makes your apology more sincere. Not only does it mention the specific offense again, but it also acknowledges how and why the person felt a particular way.

Clearly state that you were wrong about behaving a certain way, or that you messed up. This shows the person you are apologizing to that you acknowledge your responsibility for the pain you caused. Under no circumstances should you ever say things like, “I’m sorry you felt this…” since they shift the blame off of you.

If the issue was not your fault, you still should not shift blame. In such situations, empathize with how the other person felt. Focus on finding the root of the issue instead of blaming them for causing the problem in the first place.

Let’s say you have a client that is angry about a project taking longer than they planned. However, they failed to give you the materials you needed for the job. Instead of reminding them of this, apologize for the miscommunication that led to them feeling frustrated. Then, ask them questions about handling such situations in the future.

Many people mistakenly think that a good apology is made once you’ve empathized with the other person, expressed remorse, and taken responsibility. This is not the case. After the first three steps, you must continue your apology by offering to correct the situation.

Promise the forgiver that you will make it up to them. You can either promise something specific or ask them what will fix the situation. Either way, make sure that your efforts are proportionate to the offense.

Any apology, regardless of how much thought you’ve put into it, means nothing if you do not change. Let the forgiver know precisely how you will change your behavior in the future so that the same offense is avoided. Then, do your personal best to follow through on this promise. If you fail to, any future apologies will seem less sincere to the other person.

Can you ever forgive me? Do you think we can move forward? Would you forgive my mistake? Whichever way you word it, you need actually to ask for forgiveness after your well-thought-out apology.

The apology makes sure the other person knows that you acknowledge your role. Meanwhile, asking for forgiveness makes the process a two-way street. You, alone, aren’t responsible for rebuilding the relationship. Instead, both you and the person you hurt must work to rebuild the trust.

Listen to Their Response

Now that you’ve adequately apologized, you need to let the other person respond. They may be happy that you asked for forgiveness. They might even be able to forgive you immediately. But, this isn’t always the case.

After you ask, “can you ever forgive me,” you need to let them sort out their feelings. Do not become defensive or attempt to push them to forgive you. If they decide that they cannot forgive you, you’ve still shown that you are willing to change. Show that you are different and genuinely sorry about what happened. In time, they may be more open to forgiveness.

Once someone does forgive you, make sure they say that they have forgiven you. This step may seem unimportant, but the verbal acknowledgment that they’ve forgiven you is essential. It demonstrates that they will not continue bringing up the incident. Further, it shows that they won’t hold it over your head in the future.

The process of asking “can you ever forgive me” is complicated. There are a lot of barriers that you must overcome. Plus, you have to make sure that you create a sincere and remorseful apology that will be accepted.

Even after you put forth your best efforts, the person you hurt may not be open to forgiving you. At least, not for the time being. You cannot control the other person. If they choose not to forgive, despite its many benefits to them, there is little you can do. Instead, they must work to find the ability to forgive on their own.

Still, you can better yourself. Take what you’ve learned through the incident and change your behavior so you do not cause the same sort of pain in the future. You don’t need to forget the event or ignore the pain you created, but that does not mean you cannot grow.

So, go ahead and ask for forgiveness. Recognize your role in the pain so that you can avoid such issues in the future. And realize that, regardless of whether you receive forgiveness or not, your conscience is clear, and you did the right thing by asking, “can you ever forgive me?”