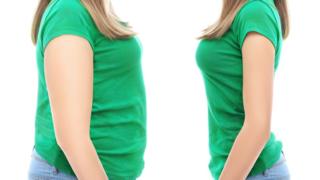 Child and teen obesity spreading across the globe

Child and teenage obesity levels have risen ten-fold in the last four decades, meaning 124m boys and girls around the globe are too fat, according to new research.

The analysis in the Lancet is the largest of its kind and looks at obesity trends in over 200 countries.

These include type 2 diabetes, heart disease, stroke and certain types of cancer, such as breast and colon.

The Lancet analysis, released on World Obesity Day, comes as researchers from the World Obesity Federation warn that the global cost of treating ill health caused by obesity will exceed £920bn every year from 2025.

Although child obesity rates appear to be stabilising in many high-income European countries, including the UK, they are accelerating at an alarming rate in many other parts of the world, lead researcher Prof Majid Ezzati from Imperial College London says.

Researchers believe wide availability and promotion of cheap, fattening food is one of the main drivers.

Charts produced by the World Health Organisation show how weight gain is measured in boys and girls, according to their BMI (body mass index).

The largest increase in the number of obese children and adolescents has been in East Asia. China and India have seen rates "balloon" in recent years.

Polynesia and Micronesia have the highest rate of all – around half of the young population in these countries is overweight or obese.

The researchers say that if current world trends continue, 'obese' will soon be more common than 'underweight'.

The number of underweight girls and boys worldwide has been decreasing since a peak in the year 2000.

In 2016, 192m young people were underweight – still significantly more than the number of young people who were obese, but that looks set to change.

East Asia, Latin America and the Caribbean have seen a shift from underweight to obesity within the space of a few decades.

Globally, in 2016 an additional 213m young people were overweight although still below the threshold for obesity.

Obesity researcher Dr Harry Rutter, from the London School of Hygiene and Tropical Medicine, said: "This is a huge problem that will get worse.

"Even skinny people are heavier than they would have been ten years ago.

"We have not become more weak-willed, lazy or greedy. The reality is the world around us is changing."

So far, just over 20 countries around the world have introduced a tax on sugary drinks.

Dr Alison Tedstone, chief nutritionist at Public Health England, said: "Our sugar reduction programme and the government's sugar levy are world-leading, but this is just the beginning of a long journey to tackle the challenge of a generation.

"The evidence is clear, that just telling people what to do won't work. Whilst education and information are important, deeper actions are needed to help us lower calorie consumption and achieve healthier diets."

Have you been told your child is obese? What did you do about it? Tell us your experiences by emailing [email protected].