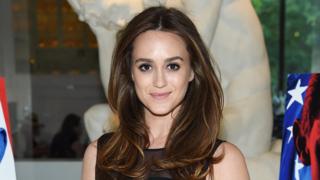 Former US President George Bush Senior has apologised for any distress caused after an actress accused him of sexual assault.

Heather Lind said the 93-year-old former president had "touched me from behind from his wheelchair" and told a "dirty joke" while posing for a photo.

Ms Lind made the allegation on social network Instagram, in a post which has since been deleted.

A spokesman for Mr Bush said the incident was an attempt at humour.

"President Bush would never – under any circumstance – intentionally cause anyone distress, and he most sincerely apologises if his attempt at humour offended Ms Lind," a statement supplied to outlets including the Daily Mail and People magazine said.

Both websites preserved the contents of Ms Lind's post before it was deleted.

He suffers from a form of Parkinson's disease.

The incident allegedly took place during an event for the television show Turn: Washington's Spies, in which Ms Lind is one of the main cast members.

In her Instagram post, Ms Lind said she was spurred to make the claim after seeing a photo of Barack Obama shaking Mr Bush Senior's hand at a recent fundraiser for hurricane victims, which she said had "disturbed" her.

"He sexually assaulted me while I was posing for a similar photo. He didn't shake my hand. He touched me from behind from his wheelchair with his wife Barbara Bush by his side," she wrote, according to the Daily Mail's transcript of the deleted post.

"He told me a dirty joke. And then, all the while being photographed, touched me again," she added.

Ms Lind finished her post with the hashtag #metoo, which has seen widespread use by victims of sexual assault to share their experiences in the wake of the Harvey Weinstein Hollywood scandal.

"What comforts me is that I too can use my power, which isn't so different from a president really," she said.

"I am grateful for the bravery of other women who have spoken up and written about their experiences."