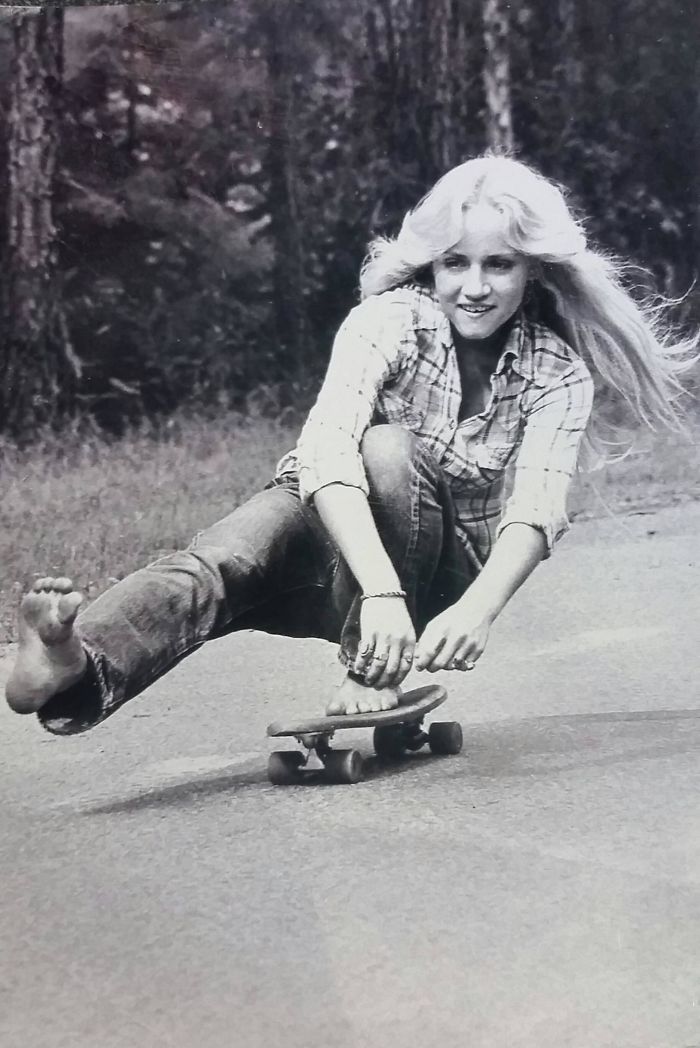 Alot of us are really into vintage stuff these days, from wearing over sized closed, to finding vintage music and wishing we were born in the 70’s. But what we forget is, that our parents are the pioneers of all these trends. Kids in their tweens and teens these days are coming into term with this idea and are taking to social media to post pictures of their totally hip parents and wondering what went wrong with our generation. Most people say we’ve been infected by technology and are no longer eligible to be called cool, but well, that’s a debate we can bring up in another article! Today we have gathered 10 pictures of extremely amazing parents and what their kids say about them.

10. My mother Skateboarding in California 1974:

This amazing mom must have made for one heck of a teenager. We are not just amazed by her sheer skateboarding skill but also by her beautiful face and that effortless smile she’s supporting. Ever met a person who is just flawlessly amazing without even trying, you know, they have the hair, the looks, the talent? Well, this mom is probably just that person. This kid can’t be as cool as him mom, it obvious to everyone’s eyes.

9. I found a picture of my dad cooking barbecue on a moving submarine: 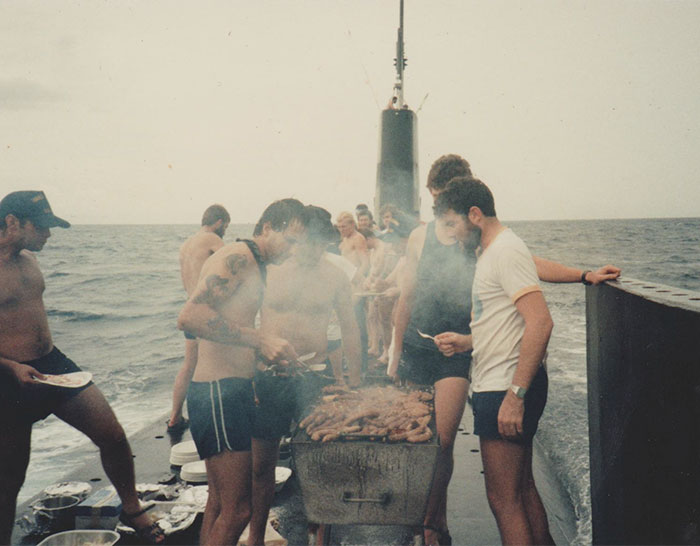 This extremely cool dad is totally more bad-ass than any of us millennials (No offense to millennials but i doubt any of us can cook a barbecue on a moving submarine, i mean come-on, this is next level stuff) And the real shocking thing is that none of the people in picture seem to notice the sheer falls, they’re all totally relaxed! We’re all really impressed by this guys skill, let us know in the comments if you are! 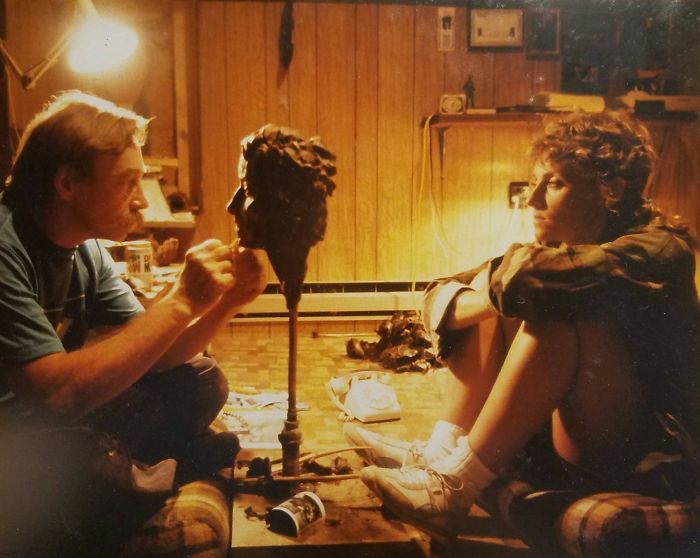 This picture doesn’t just show the romance and love between this Reddit users parents but it also shows us the talent his dad obviously has, its adorable to see an old couple once young indulging in something so beautiful, it solidifies one’s belief in true love again! The expressions of the mom makes for an excellent click, and it’s always a real treat to see an artist at work. It’s obvious these two are meant to be, and this picture is way cooler than any of our generations couples selfies, it’s real, beautiful, and touching. 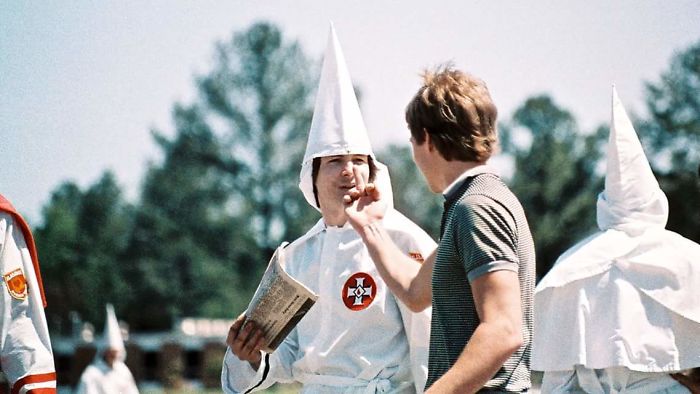 Living in the 21st century has a-lot of perks, on top of the list is a seriously reduced amount of racism (And yes, the racism today is pretty bad too). The last 50 years of the 20th century were difficult for minorities across the globe, racial differences were at their peak. So, it’s a refreshing site to see people who were ready to stand up against it even when the system was supportive of racism. This young man in the eighties isn’t just sticking it to the man, he’s showing us what being bad-ass really is, it’s standing up for what you believe in, it’s standing on the right side of things no matter who minds. 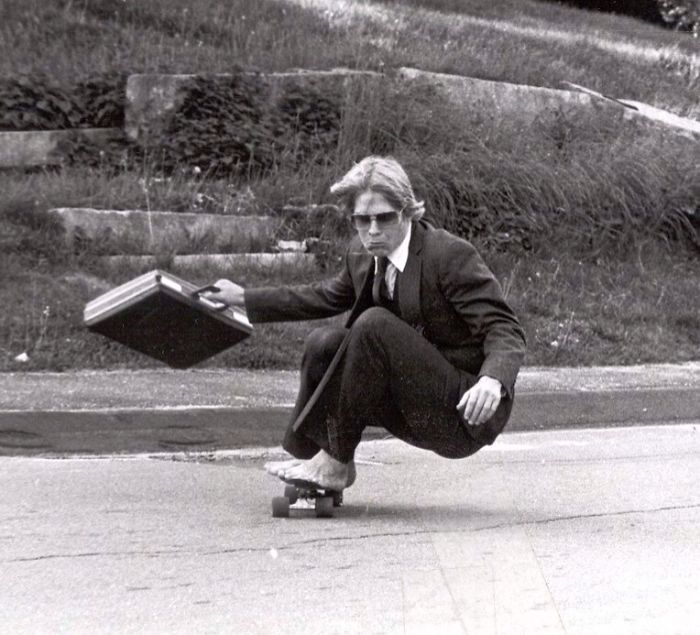 Skateboarding in a suit, with a briefcase, bare foot? He is cooler than everyone. This vintage dad has it all going for him, he’s in excellent shape, he’s wearing some killer shades and is skateboarding in Hyde School. Not alot of people can boast they’re as skilled as this guy here, and it looks like he’s having fun. Many people argue our parents are cooler than we are because they got out more, played outside and made memories. Maybe we should do more of the same thing ( I say as type and read a text on my phone.) 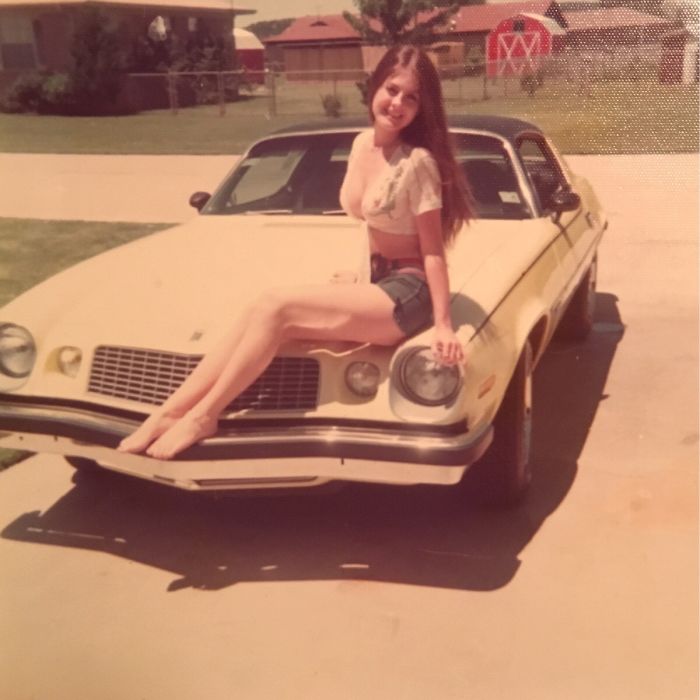 This mom here has everything a women can ever dream of having, long legs, perfect skin, great hair, a magnetic smile and a vintage camero! She’s looking adorable and has all the grace and cuteness of a teenager! But is hot enough to have heads spinning and then falling off shoulders. No kid can possibly think to compare to this amount of coolness. We wish this Reddit user the best of luck to living up to those expectations! 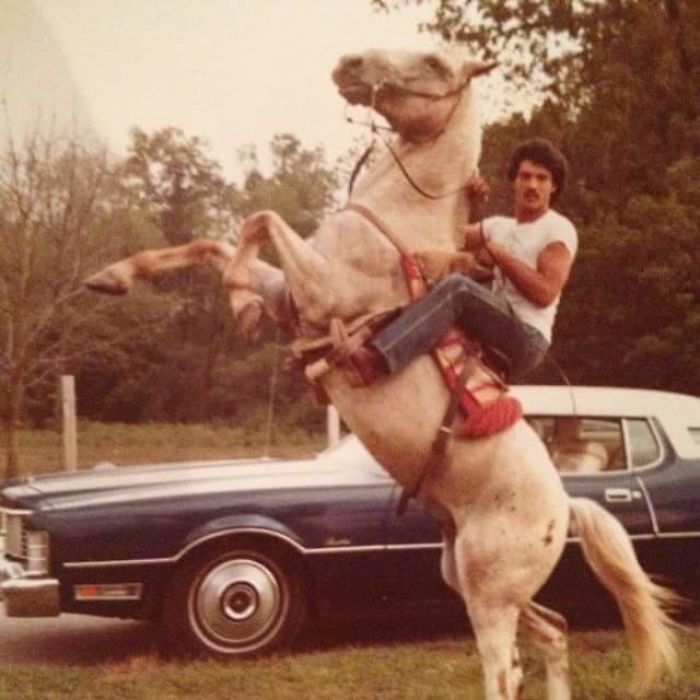 Now lets be serious for a minute, have you ever seen a guy do that in real life with that amount of skill? If you have and if you can, than leave a comment cause we’d sure like to know. This dad is totally a superstar and would have made a killer tween, it’s the calm on his face as he looks in the camera that we can’t believe, it’s obvious it requires a whole lot of skill to do this and he’s picked up the horse like it’s totally something he does everyday. And looking at him like this, it’s not hard to believe that he probably does! 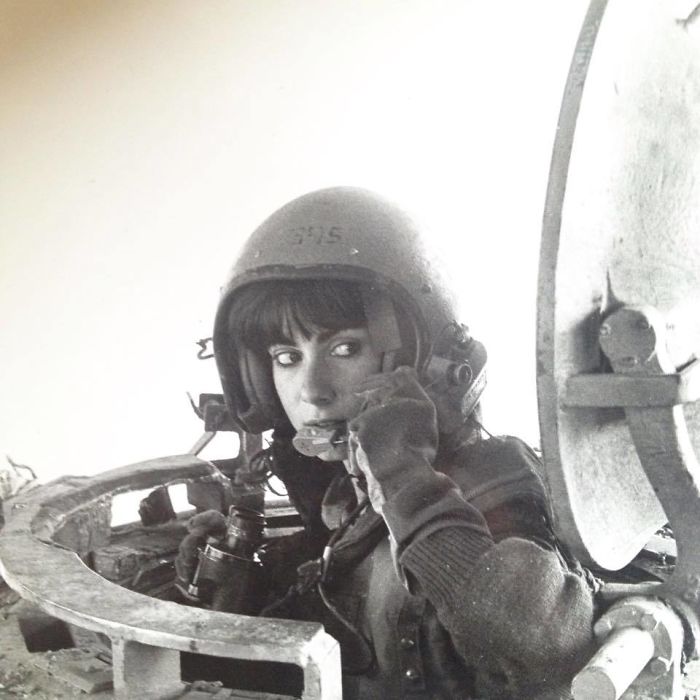 We all love men in uniforms, but there is totally nothing like a women in uniform, it’s always amazing to work in the army and protect the people of the nation. And let us just say, this Reddit users mother is killing it in that uniform, helmet and with that microphone, the subtle smile on her face and her cute cut makes for an amazing photo, one she should be immensely proud off, and one her child should be proud off too, we know we are! 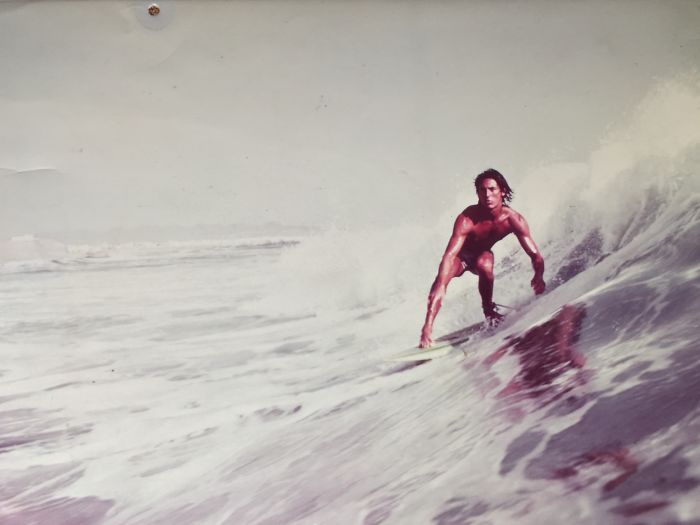 This Reddit user had a totally amazing dad. The man stared in the surfers magazine, i mean what more does a young man want? And he looks damn good doing it too, the picture tells us the story of a boy who just liked to have fun with surfing and was good at it too! And isn’t that what really separates a happy life from a sad one? Living your dream is what’s important. We hope this Reddit user takes his dads advice and follows his passion! 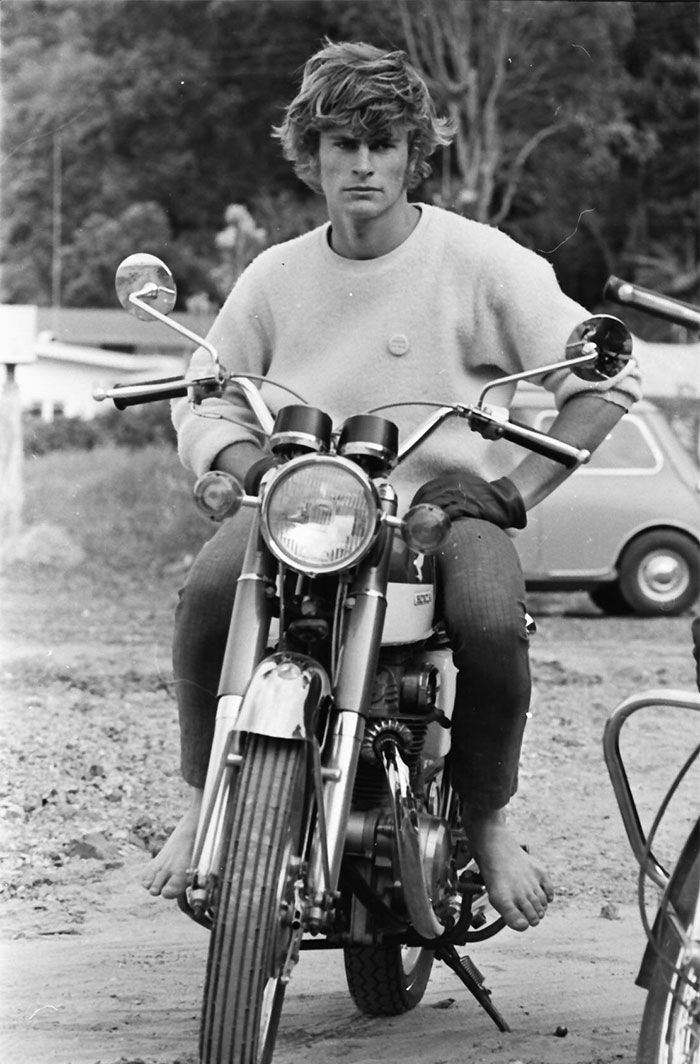 liked this? Read this: 14 Grown Up Stars You Could Never Recognize Today

The post 10 kids that have Realized They’re Parents Were cooler Than They are appeared first on Born Realist.