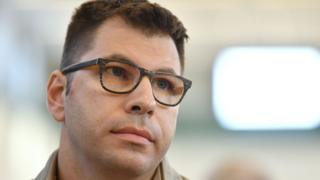 An Italian man has been jailed for 24 years after intentionally infecting 30 women with HIV.

Valentino Talluto is said to have had unprotected sex with at least 53 women after his HIV diagnosis in 2006, the youngest of whom was 14 at the relationship's start.

The accountant, using the pseudonym "Hearty Style", went on social networks and dating sites to find his victims.

On Friday, judges sentenced the 33-year-old to 24 years in prison.

Talluto's defence lawyers had argued their client's actions were "imprudent, but not intentional".

However, those who asked him to wear a condom were told he was either allergic, or had recently been tested for HIV, news agency AFP reported.

When some of the women confronted him after discovering they were infected, he denied he was a carrier of the potentially deadly virus, which can lead to Aids.

As a result of his actions, another four people contracted the virus on top of the women he directly infected: three men and one baby.

However, Talluto – whose mother was an HIV-infected drug addict who died when he was four – told the court if that had been the case, he would not have gone to the effort of having actual relationships.

"Many of the girls know my friends and family," he said. "They say that I wanted to infect as many people as possible. If that had been the case, I would have gone for casual sex in bars, I would not have brought them into my life."

Judges in Rome deliberated over the sentence for more than 10 hours before announcing the verdict.

According to local media, victims wept as the sentence was read out. However, it fell short of the life term prosecutors had asked for.

IcetruckOctober 27, 2017
Like story:
tweet
WATCH: Apple’s most expensive iPhone ever sells out within minutes
15 Pokemon Cards That Were Banned