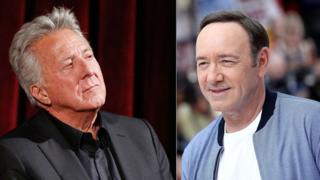 Two Oscar-winning actors, a Hollywood filmmaker and a senior US news editor are the latest high-profile figures to be accused of sexual harassment.

The actors Kevin Spacey and Dustin Hoffman have been accused of sexual misconduct and have issued apologies.

Ratner's lawyer "categorically" denied all of the accusations on his behalf.

A representative for Spacey released a short statement to the US media, saying the actor "is taking the time necessary to seek evaluation and treatment. No other information is available at this time".

A growing number of allegations have been made against public figures in recent weeks.

Mr Montana told Radar Online that he was in his thirties when the incident took place at the Coronet Bar in LA.