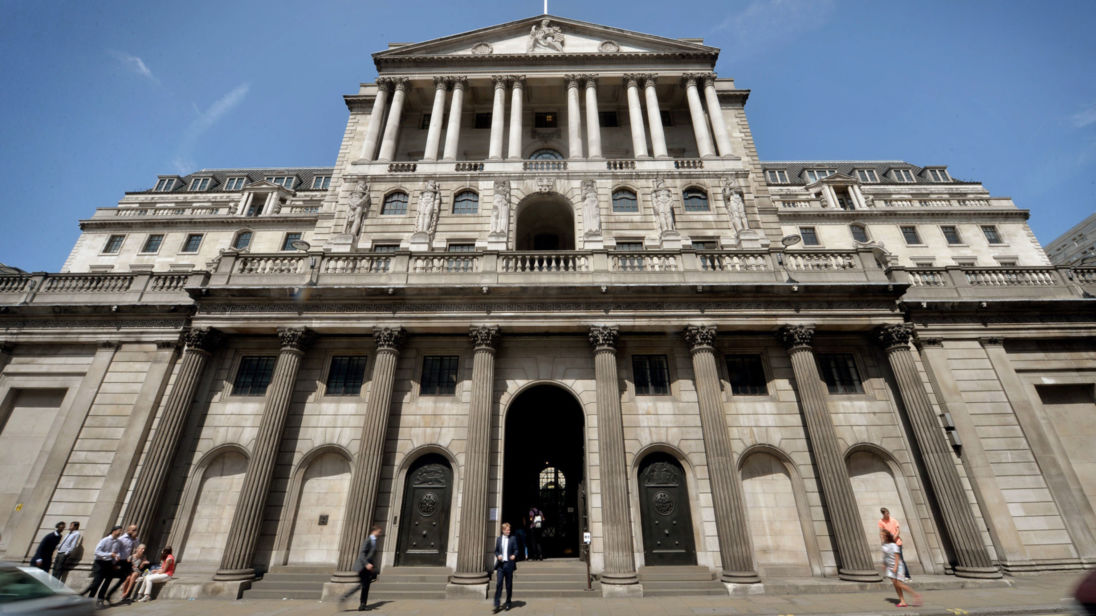 KPMG is facing a battle to remain as auditor to the Bank of England‎ as rivals plot to end its decade-long tenure in the prestigious role.

Sky News has learnt that officials from Britain's central bank contacted other accountancy firms in recent days to signal a contest that will threaten KPMG's hold on a position it has held since just before the run on Northern Rock in 2007.

The review has been triggered by rules dictating that the Bank should put its audit work out to tender every five years, according to insiders.

A source said the tender was issued on Monday using the Crown Commercial Service Framework, a Government-recommended process.

KPMG's audit work for the Old Lady of Threadneedle Street spans the decade of the banking crisis and its aftermath, a period which has seen the Bank take on significant new powers to regulate the UK's financial system and parts of the City.

The 'big four' firm‎ replaced PricewaterhouseCoopers (PwC), which had audited the Bank's accounts for more than 85 years.

KPMG has been invited to re-tender for the Bank's audit business and intends to do so, according to one source.

The status of the central bank's audit mandate means that the work is almost certain to be awarded to one of the quartet of firms which dominate the audit world, insiders believe.

Although the review is said to be statutory, it comes at a time when KPMG and some of its rivals, as well as their main regulator, face difficult questions about the quality of their audit work.

An investigation into KPMG's work as the auditor to HBOS‎ prior to its collapse into the arms of Lloyds TSB was closed in September by the Financial Reporting Council (FRC), which said there was no realistic prospect of an adverse finding against the accountancy firm.

The FRC has promised to publish a report setting out the reasons for its findings, which it is expected to do in the coming weeks.

KPMG has also endured a torrid few weeks in relation to its work in South Africa with the controversial Gupta family, which is alleged to have had improper financial links with President Jacob Zuma.

A ballooning scandal there prompted the collapse of Bell Pottinger, the public relations firm, and has since widened to pose awkward challenges for McKinsey, the consulting firm, and HSBC.

The other major auditors – Deloitte, EY and PwC‎ – have all faced other FRC inquiries in recent years, with PwC's work particularly in the spotlight in relation to audits at Barclays, BhS and Tesco.

Critics of the big auditors‎ are likely to press for the work to be handed by a firm which has not been tainted by adverse regulatory findings.

Andrew Tyrie, the former chair of the Treasury Select Committee, approached the big four firms after stepping down as an MP this year, proposing that they back a new body aimed at improving standards in the profession.

‎The Bank of England's audit work is not lucrative by comparison with the fees generated for auditors of FTSE-100 companies.

Its annual report published this year shows that KPMG earned £262,000 for auditing the central bank in the 12 months to 28 February.

Sources said that the new mandate was expected to be awarded from the next financial year, beginning in March 2018, with other accountancy firms required to make themselves 'clean' by terminating or handing over conflicting non-audit work ‎during the intervening period.

If it adheres to that timetable, it would mean a new auditor – or KPMG, if it retains the work – taking over just over a year before Mark Carney is due to step down as the Bank of England Governor.

The short timetable explains why talks with KPMG's competitors are due to get underway imminently.

The Bank of England has itself been at the centre of a number of investigations relating to the financial crisis.

In June, the Serious Fraud Office said it was closing a probe into the Bank's conduct when holding money market auctions for British lenders.