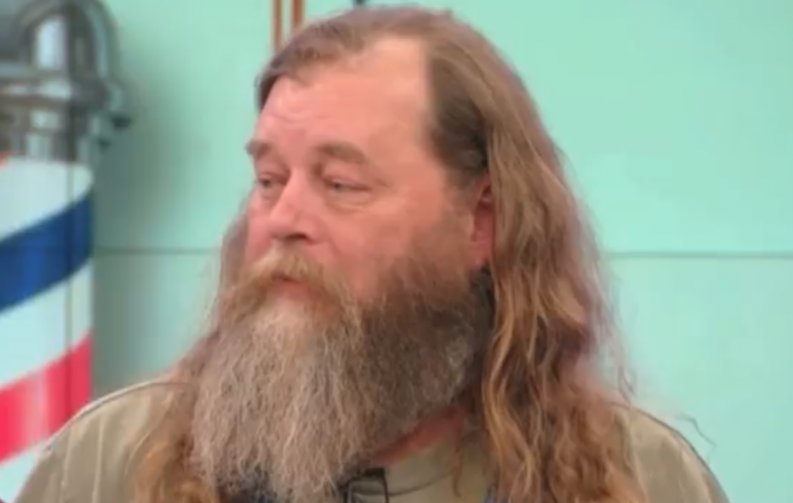 Some people, there is nothing better than getting a good makeover. There’s no limit to what one can achieve with a simple haircut, hair dye, a new beard style or just simply shaving. However, some people can get quite used to the way they look and a makeover, which will change the way they will look can be a daunting task. Similarly, some men are very well kept, clean shaved or with well-maintained facial hair, whereas, some just leave their beards the way they are and do no put a lot of effort into grooming themselves.

His look had not changed in years:

Jeff is one of those people. He has kept an untrimmed, unkempt and scruffy beard along with long hair for years. Maybe he liked his face that way or maybe he just did not care enough about his appearance to put in any effort, either way, his look hadn’t changed in years. This did not please his wife at all but he refused to shave it even after constant nagging from her. She did not know her prayers were soon to be answered.

To everyone’s delight, he agreed to a professional makeover: 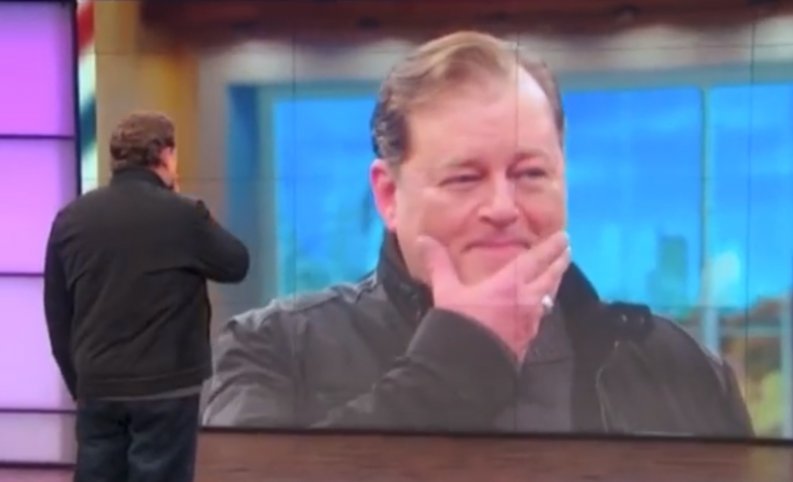 Then one day, he got an invitation from the Rachael Ray Show, who promised to give him a complimentary and professional makeover on television, which will please his wife tremendously, if he came on their show. Luckily, which he agreed to:

“I’m going through basically a midlife crisis. It’s time to clean it up.”

As per the agreement, Jeff was given a makeover with the help of Elena Linares, the founder of the RazzleDazzle Barbershop in Miami. When he walked on the stage with a clean-shaven face and a brand new haircut, looking like a completely different man, the audience applauded in appraisal and it will be an understatement to say his wife was beyond happy. Her face lit up the second she laid eyes on him, her reaction a mixture of surprise and delight. She could barely contain her happiness.

Watch this heartwarming video to see his transformation and people’s reactions for yourself.

Jeff then told the audience he felt ‘amazing’ and ’emotional’ after looking at himself as a changed man. We hope this clean up will help him gain a new perspective and put things in order for him. Sometimes all someone needs to turn their life around is a little push. A little motivation can take a person a long way towards progress.

Liked This? Read This: 26 Reasons Why Kids Refuse to Eat That Made Their Parents Go Crazy

The post Man Who Hasn’t Shaved In Many Years Undergoes A Stunning Makeover To Please His Dear Wife appeared first on Born Realist.