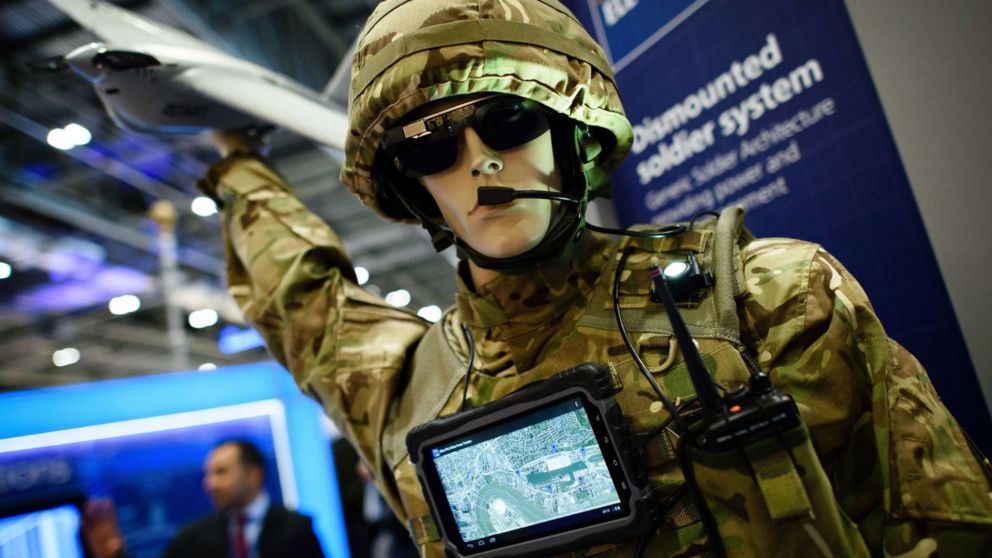 Since the beginning of the century, if you're a contractor to the Ministry of Defence, life has been fairly simple and clear-cut.

Long-running conflicts like Iraq and Afghanistan meant there has been sufficient visibility for defence contractors in terms of demand for their products and services.

The situation has now changed and companies like Ultra Electronics are having to adjust accordingly.

The FTSE-250 stalwart, which employs 4,600 people in Britain, the US, Australia and Canada, has issued a profits warning that wiped almost a fifth from its stock market value during Monday trade.

Rakesh Sharma, its chief executive since 2011 and who has worked for Ultra for nearly three decades, is stepping down.

The company puts the blame squarely on the financial pressures under which the MoD finds itself.

It said: "The majority of the group's markets have been satisfactory, however the UK market has been difficult and has become increasingly so in the second half [of the financial year].

"There are mounting pressures in the funding of UK defence programmes and this has resulted in the MoD pausing, cancelling or delaying numerous programmes.

"Within the last few weeks a number of our UK orders budgeted for 2017 have been affected."

As a result, Ultra expects total full year sales to be around £770m, compared with the £789m or so investors had predicted.

Annual underlying operating profits are now expected to drop from £131.1m last year to around £120m.

The news comes amid growing evidence that defence contractors are feeling the pinch as a result of spending pressures on the MoD.

Two weeks ago, the National Audit Office reported that cannibalisation of parts in the MoD – particularly in the Royal Navy – had risen by 49% during the last five years

All this comes at a time when the Government has committed to spending at least 2% of GDP on defence, the minimum allowed under its membership of NATO, but – until his recent resignation – the former Defence Secretary, Sir Michael Fallon, had been pushing for this to be increased in the wake of growing cyber threats to the UK, increasing terrorism risks and growing signs of aggression from Russia and North Korea.

Ultra, whose head office is at Greenford, Middlesex, is not a prime contractor to the MoD like BAE Systems, Rolls-Royce, Thales UK or Babcock.

Nonetheless, it is a key 'second tier' contractor and, as such, vulnerable to spending pressures further up the food chain.

It has a wide spread of operations across Britain, including sites at Wythenshawe, Manchester; Wimborne, Dorset; High Wycombe, Buckinghamshire; Rugeley, Staffordshire and at Cheltenham, Gloucestershire.

It also carries out non-defence related activities and has customers in the nuclear industry and among airlines and airports.

In all, work for the MoD – the company's second largest single customer after the US Pentagon – accounts for around 15% of Ultra's sales, or £100m.

But the severity of this warning is that more than £20m worth of contracts have been either delayed, deferred or cancelled due to budgetary pressures.

To reduce its dependence on the MoD, Ultra has been bulking up elsewhere, such as its £180m acquisition in July of Sparton, a US engineering business, with which it was already working to supply sonar buoys for the US military. American defence spending is expected to hold up under the Trump administration.

That process is likely to continue.

Mr Sharma has been succeeded on a temporary basis by his predecessor, Douglas Caster, who had moved upstairs to the chairman's office.

Longer-term, though, with its share price trading on a bombed-out rating, there have to be concerns over whether this company – the kind of provider of highly-skilled jobs in the technology sector that ministers would love to see more of – can retain its independence.