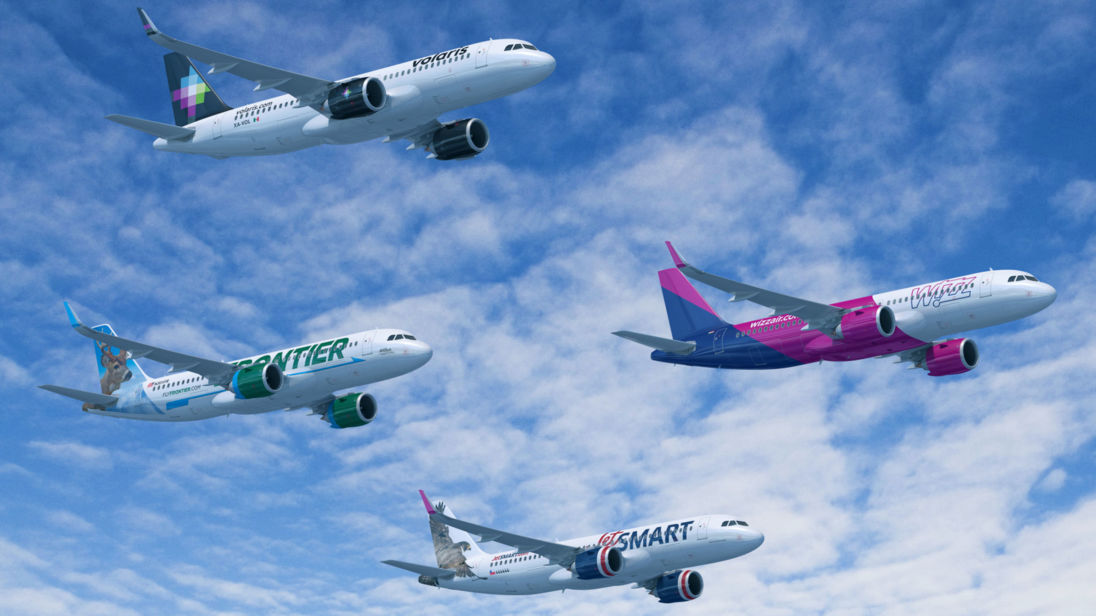 Airbus is to sell 430 jets to airline owner Indigo Partners in a deal worth $49.5bn (£38bn) – described as the manufacturer's largest ever.

The European aircraft maker – which employs about 6,000 people at its wing assembly plant in Broughton, north Wales – announced at the Dubai air show that it had signed a memorandum of understanding for the purchase.

It includes 273 A320neo and 157 A321neo jets that will be used by four airlines controlled by Indigo – US-based Frontier Airlines, Chile's JetSMART, Volaris of Mexico and WizzAir of Hungary.

The $49.5bn headline price of the deal reflects the list value of the individual aircraft – often negotiated lower in large transactions – and the actual price to be paid was not revealed.

Airbus' previous biggest ever deal came in August 2015 when it sold 250 A320neos to Indian budget airline IndiGo, worth $26bn at list prices.

The latest announcement is seen as a big turnaround for Airbus, which had been lagging behind US rival Boeing.

At the weekend, Boeing announced a $15bn deal with Emirates, thwarting hopes that the Middle East airline was to unveil a purchase of Airbus A380 aircraft.

Bill Franke, managing partner at Indigo, said: "This significant commitment for 430 additional aircraft underscores our optimistic view of the growth potential of our family of low-cost airlines, as well as our confidence in the A320neo family as a platform for that growth."