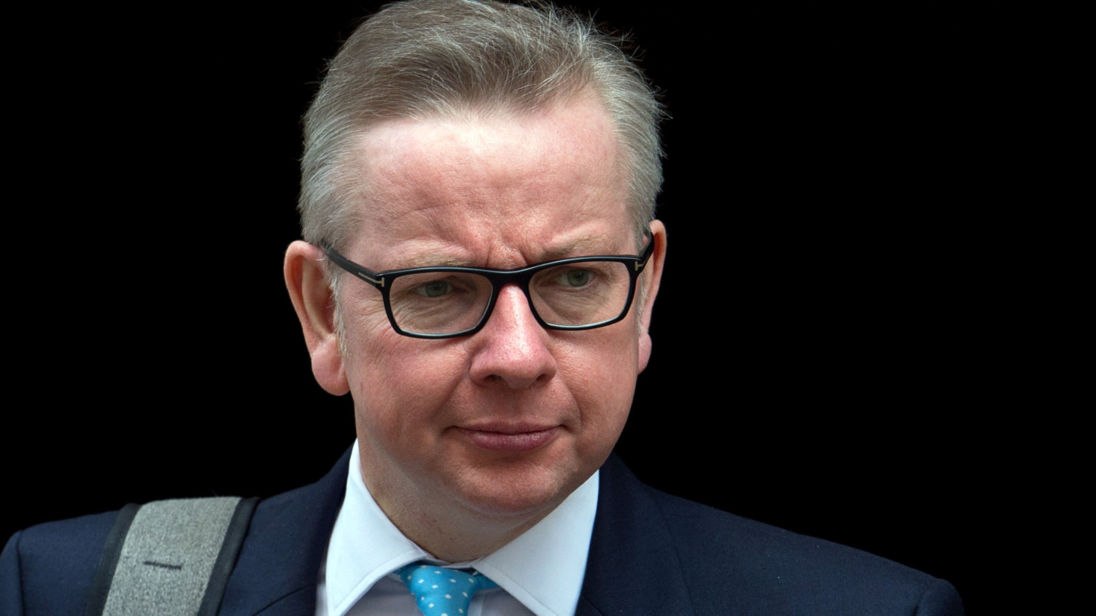 Environment Secretary Michael Gove is facing a fresh row over his treatment of independent Whitehall directors after demanding that board members commit several days each week to their non-executive roles.

Sky News has learnt that Steve Holliday, the former National Grid chief executive who is one of Britain's leading businessmen, has decided to step down as the lead non-executive director of the Department for Environment, Food and Rural Affairs (DEFRA) after Mr Gove issued his demands.

It is the latest such clash involving Mr Gove, who as secretary of state for education and then justice was accused of packing the departments' boards with close associates who were subsequently handed peerages or knighthoods.

His demands of DEFRA's non-executives comes as Mr Gove is reported to be positioning himself to replace Philip Hammond as the Chancellor, with a crucial Budget statement to be made on Wednesday.

The Times reported last week that Mr Gove, whose failed Conservative leadership bid last year consigned him to the backbenches for a brief period, was using Cabinet meetings to "audition" for Mr Hammond's job.

Alongside Mr Holliday, DEFRA's three other non-executives are Catherine Doran, a former Royal Mail executive who serves on the board of the Coventry Building Society; Paul Rew, a former PricewaterhouseCoopers partner who is a director of Northumbrian Water and the Met Office; and Peter Bonfield, chief executive of the Building Research Establishment.

Whitehall sources said Ms Doran and Mr Rew would also be stepping down as they approach the end of six years' service on the department's board.

One source said Mr Gove was seeking board members who would commit three days a week to the posts, as opposed to the two days per month asked of them when they signed up.

The loss of Mr Holliday, who stepped down as the boss of National Grid last year, is likely to raise eyebrows elsewhere in Whitehall.

He has earned a reputation as one of the Government's trouble-shooters from the corporate sector, leading an independent review of an expensive debacle at the Nuclear Decommissioning Authority and a new project to examine full-time social action among young people.

None of the non-executives could be reached for comment on Tuesday, but some of them are said to have become concerned that Mr Gove's request, if adhered to, would dilute their independence.

One source said Mr Gove was continuing to treat supposedly independent roles "as if they were his personal SPADs [special advisers]".

DEFRA is understood to have begun seeking replacements for Ms Doran and Mr Rew in September, while it is also creating an additional role to reflect the ministry's increased workload as the UK prepares to leave the European Union.

During his time as justice secretary, Mr Gove effectively sacked a quartet of non-executives who included Tim Breedon, the former chief executive of Legal & General, and Dame Sue Street, a former permanent secretary at the Department for Culture, Media and Sport.

One of those appointed to the MoJ board was Sir Theodore Agnew, who had also been a non-executive director of the Department for Education (DfE) during Mr Gove's tenure there.

Sir Theodore was appointed as an education minister in the Lords in September.

The identity of the new board recruits at DEFRA may fuel a renewed row about ministers' efforts to politicise the supposedly impartial Whitehall roles.

Dozens of figures from the worlds of business were recruited to Whitehall boards in 2010 as part of a project orchestrated by Francis Maude, the then Cabinet Office minister, to improve their governance and operational efficiency.

Lord Browne, the former boss of BP, was recruited as the Government's first lead non-executive director working across Whitehall.

He was replaced by Sir Ian Cheshire, the chairman of Debenhams, in 2015.

A Defra spokesperson said: "Defra is currently running an open competition for new non-executive board members.

"The advert went live on 9 September and ran until 19 October. Applications are currently being considered. The recruitment process is being run in accordance with Cabinet Office guidelines."

A source at DEFRA said that the non-executives were intended to be ministerial appointments, with oversight from the Cabinet Office.