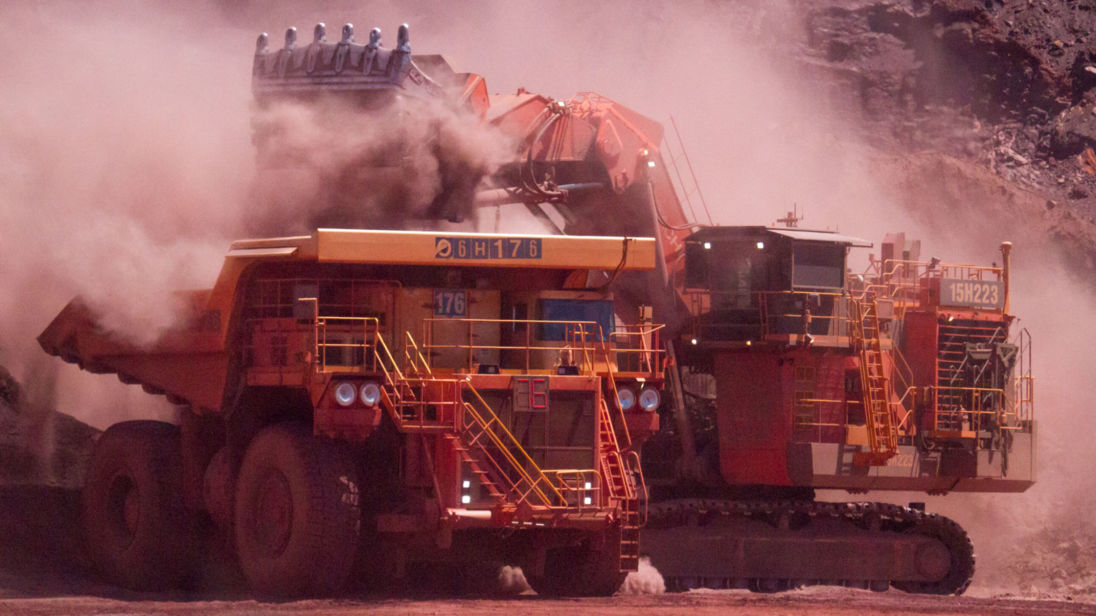 The FTSE-100 mining group Rio Tinto has abandoned plans to appoint the Conservative Party's boss as the company's next chairman in the wake of a full-scale investor revolt.

Sky News has learnt that Sir Mick Davis is "no longer in the running" to replace Jan du Plessis less than a fortnight after it emerged that he was the frontrunner for the post.
A group of leading shareholders, representing roughly 20% of Rio's stock, wrote to the miner's board earlier this week to say that Sir Mick's appointment would be unacceptable.

City sources told Sky News this weekend that several institutions were drawing up plans to oppose the re-election of Rio's nominations committee members next year if they had proceeded with recruiting the former Xstrata chief.

The existence of the letter, sent by the Investor Forum, whose members‎ include institutions managing trillions of pounds in assets, was reported on Friday by the Financial Times.

It was unclear whether Sir Mick, who has been the Conservative Party's chief executive since the summer, withdrew from the process through choice after being made aware of the Investor Forum's letter.

The row leaves Rio scrambling to find a successor to Mr du Plessis, who announced in March that he would leave after accepting the chairmanship of BT Group.

The hostility to what would have been a stunning return for Sir Mick to the global mining industry stems from lingering bitterness over bonus payments awarded to dozens of Xstrata employees after it agreed to merge with Glencore in 2012.

Insiders said some investors also questioned whether his track record of big takeovers was appropriate for Rio, a company facing numerous regulatory headaches and pressure to demonstrate operational improvements.

Rio declined to comment on Saturday on Sir Mick's involvement in the chairman succession process, which was revealed last week by Sky News.

The company had been keen to finalise the appointment of Jan du Plessis' successor as chairman by the end of the year, although it was unclear whether any back-up candidate had already been lined up.

However, the search has been complicated by the fact that the board member originally responsible for leading it – former Barclays chief executive John Varley – was charged by the Serious Fraud Office during the summer over the bank's crisis-era fundraisings from Middle East investors.
Mr Varley resigned from the Rio board immediately afterwards, leaving Ann Godbehere, another Rio board member, to lead the search.

Despite his decades of mining experience, Sir Mick had previously shown little enthusiasm for the idea of becoming a serial public company chairman, preferring instead to focus on private business, philanthropic and political activities.
The Tory treasurer before June's General Election, he was named as the party's chief executive by Theresa May in the immediate aftermath of its disappointing poll result.
He has since embarked on a review of the election debacle, telling major donors in September that the Tories must improve their "battle-readiness" and find an additional £6m each year to fund their campaign activities.
It is understood that he would have remained in his role with the Conservatives if he had also become Rio's chairman.

‎Since sealing the sale of Xstrata to Glencore, Sir Mick has attempted to identify further mining deals worth billions of pounds.
However, X2 Resources, a £5bn vehicle he established in 2013 with backing from investors in Asia, the US and Canada, struggled to agree transactions at attractive prices – a situation compounded by a recovery in most major bulk commodity prices over the last year.
In recent months, there have been frequent suggestions that Sir Mick might attempt to recalibrate X2 with new investment parameters and new backers.

Rio, which has a market capitalisation in London of just over £66.5bn, has been hit in recent months by a number of regulatory inquiries, including charges filed by US authorities last month over alleged attempts by company executives to inflate the value of coal assets in Mozambique.
The Financial Conduct Authority also fined Rio nearly £25m for breaching its listing rules, while the Serious Fraud Office.