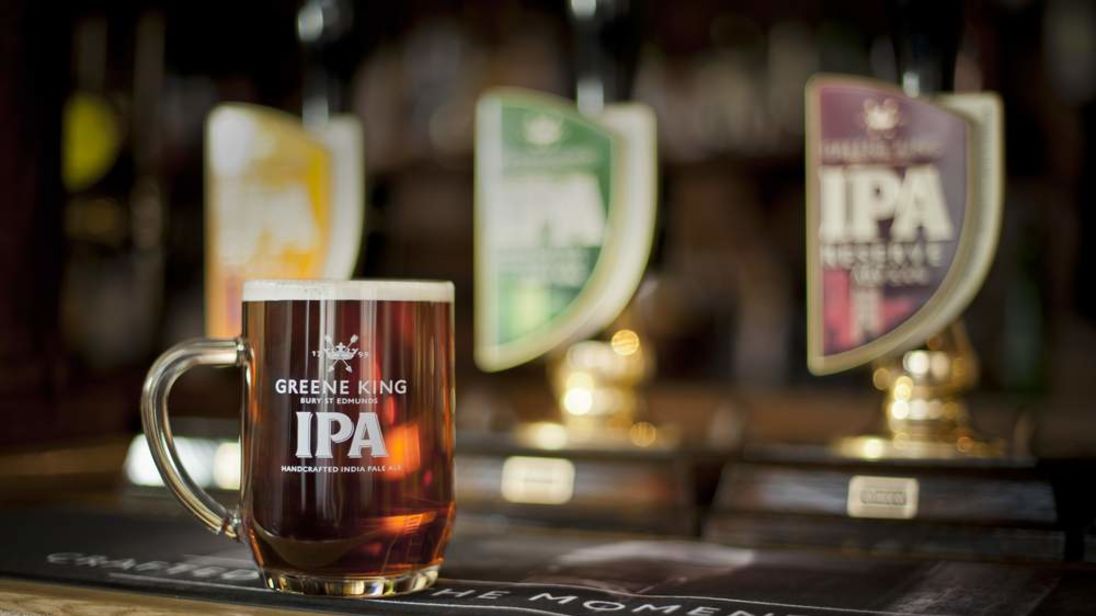 Pubs operator Greene King has warned of tough market conditions for the next two to three years after higher costs and a squeeze on household incomes were blamed for a fall in first-half profits.

Shares in the Suffolk-based group fell 3.7% after it said it was also hurt by discounting from rivals and poor weather in August and September.

Pre-tax profits, stripping out one-off items, fell 8% to £128m for the 24 weeks to 15 October compared to the same period last year.

The group said: "It was a challenging first half of the year with the UK consumer spending more cautiously and unprecedented cost pressures impacting on the pub sector."

Greene King says costs have risen £60m this year, thanks to the national living wage, business rates, the apprenticeship levy and duty increases.

The group said pub like-for-like sales fell 1.4% but it had made a £10m investment to cut prices, increase promotions and hire extra staff and performance had picked up in recent weeks.

But it added: "While we have already initiated a number of activities to improve our competitiveness, particularly in the eating out market, we believe that market conditions are likely to toughen over the next two to three years."

The group, founded in 1799, operates nearly 3,000 pubs, restaurants and hotels, and owns brands including Hungry Horse and Chef & Brewer.

The results came as rival pubs group Marston's shrugged off higher costs and "political economic uncertainty" to report a 24% rise in pre-tax profits to £100m for the year to the end of September.