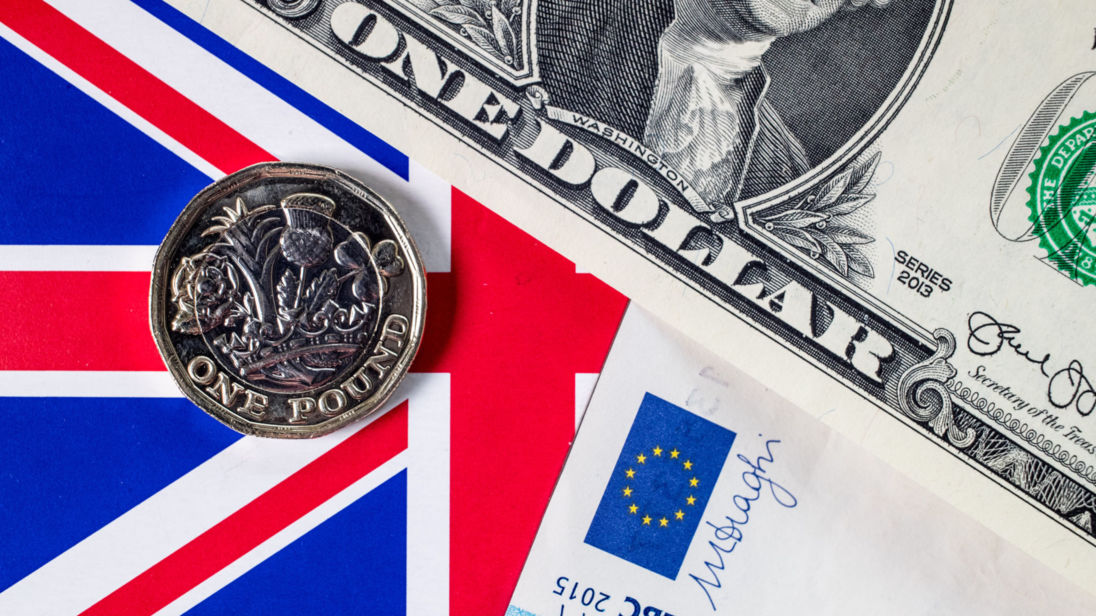 The pound has climbed to new two-month highs on hopes that the UK is nearing a divorce deal with the EU.

Sterling rose by nearly a cent to just under $1.35 in overnight trading, building on strong gains made a day earlier that had taken it to the highest level since September.

That had come after reports that British officials had committed up to £50bn for a Brexit settlement.

The currency gained further strength on Thursday on reports that talks were close to breakthrough on the issue of Northern Ireland's border with the Republic of Ireland.

According to The Times, EU leaders were now preparing to offer a two-year Brexit transition deal as soon as January.

Business groups have been pressing hard for a transition agreement to be reached quickly as firms consider pulling the trigger on contingency plans that could include shifting jobs abroad.

The Bank of England earlier this week called for a "timely" agreement on transition arrangements.

The Bank's annual stress tests on the UK's top lenders found that they would be able to cope with a "disorderly" no-deal Brexit, but officials still believe such an outcome would have a painful impact on the UK economy.

Sterling fell sharply after last year's Brexit referendum, reaching its lowest levels for more than three decades, bottoming out at less than $1.20 having been at $1.50 just before the vote.

The weakness of the pound has made imports more expensive, driving inflation higher and squeezing profit margins for retailers selling goods from overseas.

But it has had a positive impact for Britain's exporters.

IcetruckNovember 30, 2017
Like story:
tweet
Australia makes pitch for Prince Harry’s stag party
WATCH: This year’s flu season may be a bad one, some medical experts warn