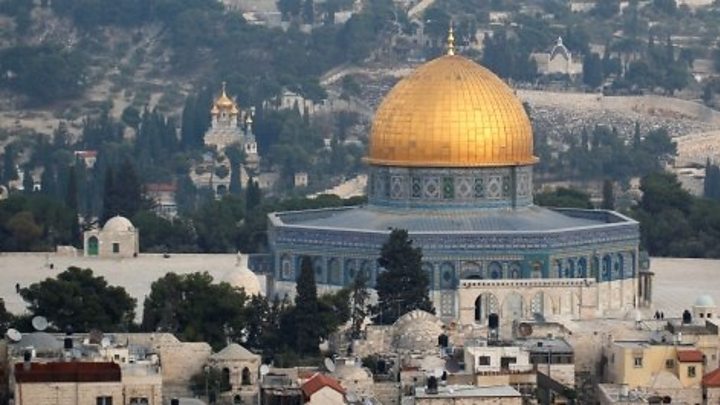 President Trump has announced that the US now recognises Jerusalem as Israel's capital.

The president said the US would support a two-state solution, if approved by both the Israelis and the Palestinians.

Ahead of the decision, a spokesman for Palestinian President Mahmoud Abbas warned it would have "dangerous consequences" for the region.

Speaking at the White House, Mr Trump said he had "judged this course of action to be in the best interests of the United States of America, and the pursuit of peace between Israel and the Palestinians".

The president said he was directing the US State Department to begin preparations to move the US embassy from Tel Aviv to Jerusalem.

The decision comes despite the opposition of the US's allies in the Muslim world.

But moving the embassy fulfils a campaign promise and will appeal to Mr Trump's right-wing base.