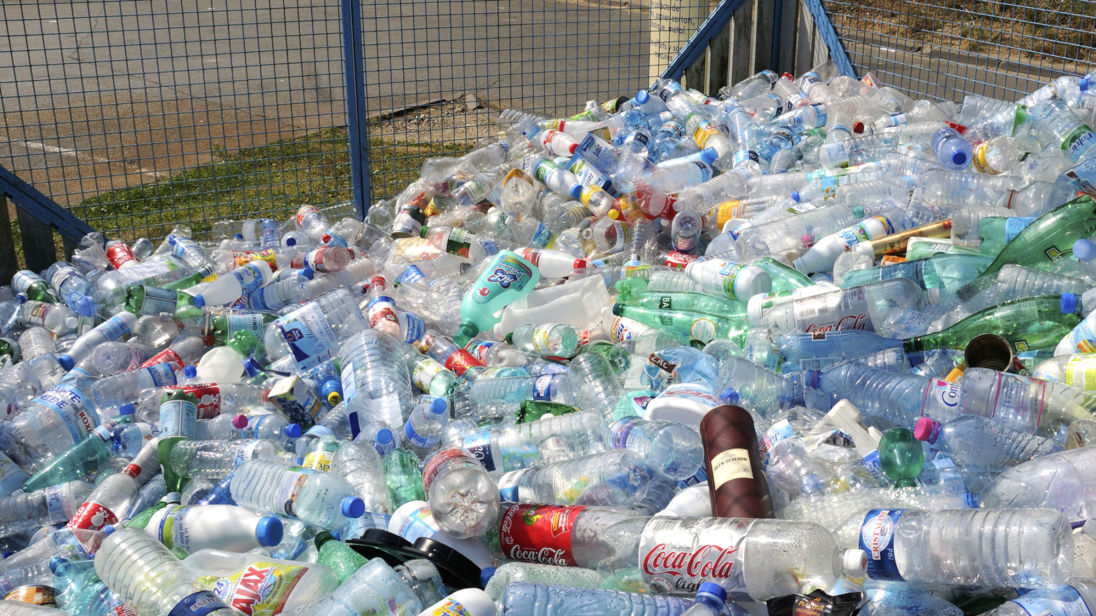 China has said it will no longer import recycled household waste from the UK, which has prompted concerns about where thousands of tonnes of scrap plastic will end up each year.

A quarter of the UK's recycling exports are currently sent to China and Hong Kong, often as compressed bales.

Plastic is a global commodity, which is used in the countries' vast manufacturing process. It can be melted down to make things like electrical appliances, children's toys or even computers.

However, China has announced that it will stop taking the UK's scrap from January and those in the industry are warning that the Government has no plan or infrastructure to deal with the situation.

Simon Ellin, chief executive of the Recycling Association, told Sky News: "We have been warning the Government for quite a long time that China will at some point say 'enough is enough. We don't want the world's garbage. We want to stimulate our own internal collection'. We have seen it coming."

That meant that household plastics going to those countries accounted for a quarter of all the UK's recycling exports.

Elena Polisano, oceans campaigner at Greenpeace UK, said: "Instead of confronting our growing problem with throwaway plastic at home, we have been shipping it off to places like China where it's easier for us to ignore.

"Now that China has decided they've had enough of our waste, it's obvious that the UK's recycling system simply can't cope with the mountain of plastic waste we generate. It's time to stop kicking the plastic bottle down the road and finally getting to grips with the problem at source."

The concern for many is where much of the UK's plastic recycling will end up if it is not being exported abroad. Some could be burned, but many fear scrap could make its way into our oceans, harming marine and bird life.

Plastic pollution in the ocean has been the target of Sky's Ocean Rescue campaign.

Reducing single use plastic and making products easier to recycle could help combat the problem, but with China's announcement and no clear plan from the Government, there are growing concerns.

When questioned about the issue last month, Environment Secretary Michael Gove said he hadn't given the subject much thought, which angered many industry experts.

In response, a Defra spokesperson said: "We are continuing to work with the waste industry and the Environment Agency to understand the impact across the sector of the Chinese government's proposed restrictions on waste imports.

"We are also looking at ways to process more of our recycling as part of our resources and waste strategy".

:: Find out more about Sky's campaign to help save our seas, and get involved by visiting the Sky Ocean Rescue website where you can watch our documentary, A Plastic Tide.