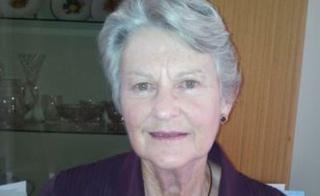 Police searching for a missing woman in Australia say she is likely to have been killed by a crocodile.

Anne Cameron, 79, was reported missing from a nursing home near the Queensland town of Port Douglas on Tuesday.

Clothes and a walking stick bearing the name of Ms Cameron, who suffers from dementia, were found next to a creek.

On Friday, police said remains found nearby had been confirmed as human and they were "highly likely" to belong to Ms Cameron.

"We strongly suspect now that there has been involvement of a crocodile attack," Acting Inspector Ed Lukin said.

"There will be forensic tests done on those remains, but I will stress that there are no other missing persons in the Port Douglas area."

Police suspect that Ms Cameron was attacked after walking into bushland about 2km (1.2 miles) from the nursing home.

She had moved to the nursing home recently to be closer to relatives, local media said.

Wildlife officers will set crocodile traps in the area where the remains were found.

Crocodile attacks have claimed nine lives in Queensland since 1985, including a spear fisherman in March.