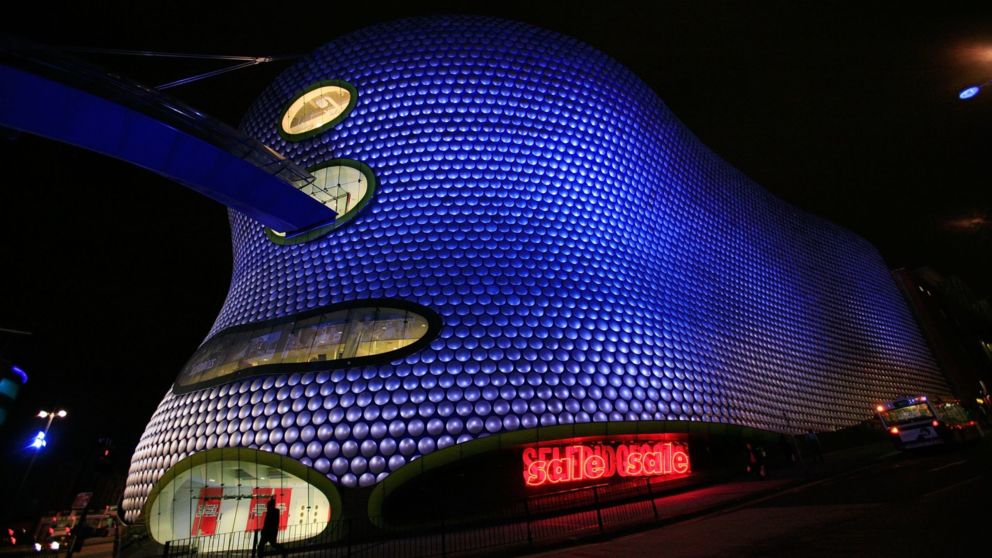 As deals in the UK's commercial property sector go, they don't come much bigger than this.

Britain's two biggest shopping centre operators have announced plans to join forces in a deal that could transform the retail landscape.

Hammerson, the owner of shopping centres including the Bullring in Birmingham, Brent Cross in north London and Cabot Circus in Bristol, is buying rival Intu, whose sites include the famous Lakeside centre in Thurrock, Essex, as well as the Trafford Centre and Arndale in Manchester, Braehead in Glasgow and the famous Metro Centre in Gateshead.

The £3.4bn all-share deal will make Hammerson the UK's biggest property company as the two businesses, on Tuesday night's closing share prices, had a combined stock market value of £7.3bn.

The deal also says much about the changing nature of shopping in this country.

Traditional shopping, in 'bricks and mortar' stores, is under siege like never before by online.

The assault, exacerbated by crushing business rates and the imposition of the National Living Wage, has seen many British high streets wither as a result – with many stalwart retailers shutting up shop and leaving the field to charity shops, estate agents, bookmakers and coffee shops.

The argument of shopping centre operators like Hammerson and Intu has been that, as high streets lose their attractiveness to retailers, well-presented shopping centres in prime locations, offering an all-round experience for consumers including dining and entertainment, would continue to thrive.

That has generally proved to be the case. The big battalions of UK retail – the likes of John Lewis, Next and Marks & Spencer – have been willing to position themselves as 'anchor tenants' in prime shopping centres.

Sites like some of those mentioned above have continued to do well. But shopping centres in secondary locations have not done as well and have found themselves being offloaded by the major property players.

Yet City investors have been unconvinced by the story. Shares in the likes of Hammerson and Intu have been trading at a significant discount to their 'net asset value' – crudely put, the sum shareholders would receive if a company was to wind itself up, sell all its assets and return the proceeds – for quite some time because investors have convinced themselves that traditional retailing is a dead duck and that the future lies online.

Prior to today's news, shares of Intu had fallen by just under 30% since the beginning of the year, despite the company continuing to increase its rental income and enjoying an occupancy rate of more than 95% in its UK sites.

Before news of today's deal, its shares stood at just 199p each, compared with a net asset value of 404p at the half-year stage.

Allied to this turnaround in sentiment has been the way the City has fallen over itself to invest in property firms that are perceived as having exposure to online shopping.

So Segro, whose assets mainly consist of warehouses in Greater London, the Thames Valley and the Midlands, has seen its share price rise by just under 20% so far this year.

Those warehouses store goods being shipped around the country in online retail transactions and, accordingly, it is seen as a beneficiary of changing shopping habits.

Symbolically, when Intu dropped out of the FTSE-100 in May this year, its place was taken by Segro. Adding to the depression in sentiment has been concerns of a post-Brexit downturn in consumer spending.

So this takeover of Intu – a takeover made possible by the weakness in Intu's share price – is a response to the concerns of investors as well as a chance for Hammerson to bulk up.

The question is whether the Competition and Markets Authority will choose to intervene.

The combined business will dominate the shopping centre market in certain parts of the country, notably the West Midlands, where the Bullring competes with Intu's Merry Hill centre just up the road in Dudley. It may well insist on some disposals being made.

Retailers will be anxious at the formation of such a major player dominating the shopping centre sector.

This is also far from a 'pure play' British retail operator. Hammerson has assets in France and Ireland while Intu owns shopping centres in Spain. Some investors, though, may welcome that as a hedge against Brexit.

This is a big, bold deal and a big, bold response to the depression in shareholder sentiment towards shopping centres and traditional retailing. How retailers themselves respond will be fascinating to watch.