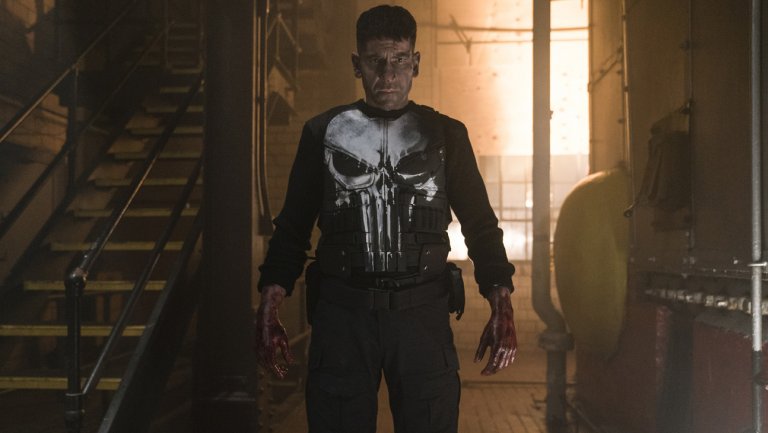 Hulu's comedy slate undergoes a major shake-up, while 'The Punisher' premieres on Netflix.

Welcome to This Week in TV. In a bid to help you prioritize among all the events, premieres, big episodes and finales, The Hollywood Reporter's eagle-eyed TV team every Monday will take a closer look at what to expect from the week ahead — and provide helpful links and context for each. Here's a handy primer for the events that will likely take over the headlines in the week ahead.

After multiple love interests and multiple homes, Mindy Kaling's romantic comedy series says goodbye with the supersized series finale. Following the long-awaited return of Chris Messina's Danny in the penultimate episode, the final chapter centers on his mother's double mastectomy, as well as Morgan's and Tamra's looming nuptials. But will Dr. L also get a happy ending? Check back to Live Feed for a series postmortem with creator and star Kaling.

Just as one Hulu comedy comes to a close, another one begins with this Seth Rogen time-travel action-comedy Future Man. The half-hour follows a janitor by day/gamer by night (Josh Hutcherson in his first TV series role) who is recruited by mysterious visitors from the future (including Happy Endings' Eliza Coupe) to travel through time in order to save the world. The series is also binger-friendly, with all 13 episodes rolling out on premiere day.

It's a busy week for Hulu as the streamer also unveils a second original comedy, a late-night series centered on the behind-the-scenes goings on at Johnny Carson's Tonight Show. Originally intended for an August debut on Seeso, the series comes to Hulu after the former NBC-owned streamer shuttered. But despite its bumpy path to premiere, the half-hour boasts names including co-creator Paul Reiser, and stars Tony Danza and Suburgatory's Jane Levy.

Jon Bernthal's Daredevil alter ego steps into the spotlight in this highly anticipated Marvel spinoff series. The gritty and violent adaptation of the popular comic book series centers on the former Marine as he becomes engulfed in a military conspiracy while trying to punish the people responsible for murdering his family. Deborah Ann Woll also reprises her Daredevil role, along with other castmembers including Ben Barnes and Jaime Ray Newman. Check back to Live Feed for extensive series coverage from THR's Josh Wigler.

Search Party Goes Back on the Hunt, Sunday, 10 p.m.

TBS' "ambitious" and "addictive" critical darling returns for its second season as Dory (Alia Shawkat) and her friends deal with the fallout of that surprising ending to season one. With the group's secret still looming large, their paranoia also grows and relationships subsequently "fray," according to the official season descriptor. As with the first season, the cabler will release the entire season two over Thanksgiving week, with two new episodes rolling out every night for five days.