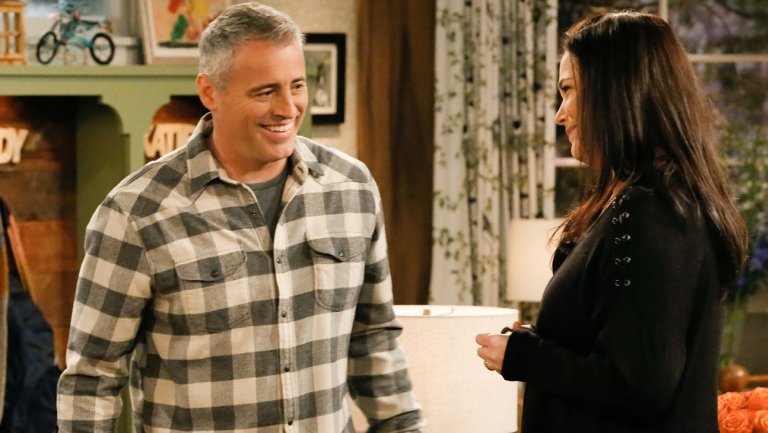 TV Ratings: 'Man With a Plan' Ties Low in Return

Something of note on Monday night: Man With a Plan returned to CBS, perhaps the latest fall premiere of the season.

The comedy, performing in line with much of the network's comedy block, returned to a 1.0 rating among adults 18-49 and 5.4 million viewers. Each of those numbers hovered around the previous series low for the sophomore comedy. The rest of the CBS lineup — Kevin Can Wait (1.2 adults), Superior Donuts (0.9 adults), 9JKL (0.8 adults), Scorpion (0.8 adults) — was steady around it.

ABC narrowly topped NBC for bragging rights for the night — thanks, again, to The Good Doctor. The drama averaged a 1.9 rating among adults 18-49, tying NBC's The Voice for top demo honors, and pulled 10.5 million viewers. That made it the night's most-watched telecast, just ahead of lead-in Dancing With the Stars. (After The Voice, The Brave pulled another 1.0 rating the in the key demo for NBC.)

Fox saw first-year drama The Gifted dip below its lead-in, Lucifer. The network brought a 1.0 rating among adults 18-49 at 8 p.m., while The Gifted dipped down to a 0.9 rating. On the CW, Supergirl was flat with a 0.5 rating in the key demo. Valor dropped down to a 0.2 rating among adults 18-49 and fewer than 1 million viewers.