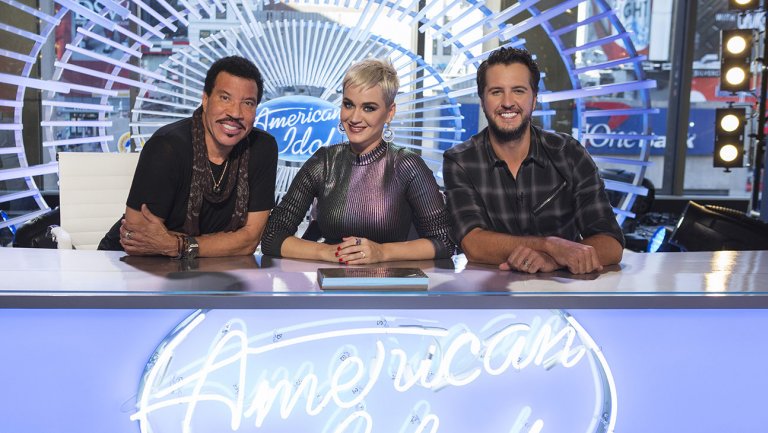 Here's What ABC's 'American Idol' Judges Are (Already) Fighting About

Katy Perry, Lionel Richie and Luke Bryan also talk with THR about what they bring to the table and the biggest audition songs of the first round.

When American Idol makes its ABC debut March 11, there are a few things viewers won't see onscreen: namely, the new judges — Katy Perry, Lionel Richie and Luke Bryan — learning their way through the audition process. During a recent break while filming the second day of Los Angeles auditions — the last stop before everyone with a coveted Golden Ticket heads back to Hollywood for round two — the Idol newbies told The Hollywood Reporter that there's been a lot of behind-the-scenes discussion about certain singers they've put through — or not.

"Off-camera, we're negotiating. Like why we put through someone a couple of cities back and why we didn't put through this person, because we're figuring out what's actually out there," Perry said. "When I signed up for American Idol, I didn't know what kind of talent was left. I thought everything had been discovered. I was like, are there any more diamonds to polish? Because of the technology world that we live in, everybody can launch themselves on their own platform. Well the truth is, there's a lot of diamonds out there and American Idol has so many of them."

All three new judges are taking the gig incredibly seriously, Bryan said, and they already have regrets about passing over certain singers.

"It's a moment-by-moment basis because we'll look back and we just sent someone home and we're like, 'Oh my god, this person would have kicked this other person's butt in New Orleans,'" the country star said.

But that doesn't mean they're always in agreement. "No. No, no, no," Richie said. He and his fellow judges might not argue a ton, but they will stand their ground if there's someone they like. "I'll just lean on them."

Added Bryan, "When Lionel bats his eyes, and I'm just like, 'OK.'" We're at a place now where we really know each other on this level of judging."

Something else they're beginning to learn? Which songs people will sing when they step into the room. The most popular audition songs this year include Niall Horan's "Slow Hands," Maren Morris' "My Church," Chris Stapleton's "Tennessee Whiskey" and James Bay's "Let It Go." There is, however, always a curveball or two.

"All of a sudden, every once in a while, how many people have walked in as Elvis Presley?" said Richie. "And I keep going, 'What is Elvis doing in the middle of this?'"

Added Perry, "There's a lot of original stuff, too, which I really appreciate."

While the American Idol logo and series' basic structure might be the same, Richie and his fellow judges told THR they think the show is different for several reasons.

"I think it's another level. I think what is happening now is we're artists. Not just artists, but performing artists. We are writing artists. We're in it. And right now, the talent's becoming much smarter," he said.

There are many more singer-songwriters than there were in the early days, said Bryan, and the contestants know that they have to bring their A-game.

Added Perry, "They know that the competition is high. I think that it's not like it used to be. I think our world is not like it used to be. It's changing the way that music comes out. It's totally different. But I believe that America wants to see the great American dream happen again. It's going to be up to America to make this person an Idol, and I think we still can."

IcetruckNovember 23, 2017
Like story:
tweet
Pregnant Kate gets behind the wheel in Birmingham
Macy’s Thanksgiving parade revels on amid tight security