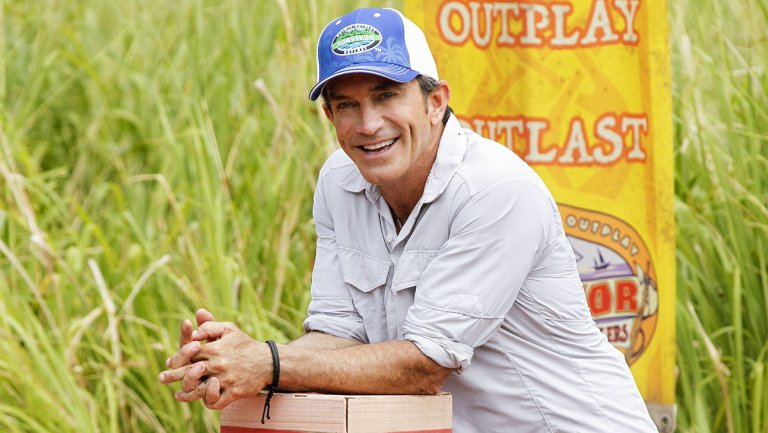 "Everybody has a different definition of a moral compass when it comes to playing this game," the executive producer and host tells THR about the show's latest Tribal Council dilemma.

Welcome to The Hollywood Reporter's Survivor: Heroes vs. Healers vs. Hustlers regular season coverage! Every week, we're bringing you exit interviews with the latest person voted out, recaps from THR's very own Dan Fienberg and weekly check-ins with executive producer and host Jeff Probst. Bookmark our season 35 one-stop shop to make sure you don't miss out on any of it.

Say what you will about Mike Zahalsky. At least he's consistent.

Compare the comments the endangered Healer made at this week's Tribal Council about "justifiable ethics," which he applied to how the tribe should view the take-no-prisoners Joe Mena, with the comments Mike made in the preseason about his philosophy toward Survivor.

"I'm a physician," Mike said at the time, weeks before uttering a similar speech in front of his fellow castaways. "I do medical research. I know I have the highest ethical and moral code out there. But in Survivor, you have to have justifiable ethics and justifiable morals. You can't always tell the truth. You can't always necessarily do the right thing. But you also have to be able to justify what you do, and know that there are some lines you can never cross. Like, people who are bullies, or people who are just mean for the sake of being mean. Those people, no matter whose alliance they're in, have to be eliminated immediately. At the end of the day, Survivor is a microcosm of civilization, and in civilization, behavior like that can't be tolerated, even if it's the democratic favor, so to speak. Just because more people vote the wrong thing, doesn't mean you do it when it's the wrong thing."

Sounds familiar, right? Mike gave more or less the same exact speech at this week's Tribal Council, moments before playing his hidden immunity idol on himself, an ultimately unnecessary gesture given the evening's end result. (We'll need a blackboard in the coming days to break down exactly what Mike was thinking. For now, we have Dan Fienberg's recap.) Was Mike's speech a means of drawing the vote his way, so he could play his idol and remove a target from the game? And even if it was all a ruse, is there a truth brimming beneath Mike's philosophy, that there are lines in the sand on Survivor that can never be crossed — such as concocting a lie about a former marine breaking oaths rooted in their time at war, the way Joe lied about Ben Driebergen just one week earlier?

Whatever Mike's goals were in speaking out on "justifiable ethics," he brought one of the most fascinating tenets of Survivor into the foreground this week through his speech. With that in mind, let's turn once again to host and executive producer Jeff Probst for his thoughts on how one justifies their behavior, their strategy and their ethics in the cruel game of Survivor.

"One of the fundamental appeals of Survivor is the idea that everybody has a different definition of a moral compass when it comes to playing this game," Probst tells THR. "We've seen players who would make the choice to never lie in the game due to their religious beliefs. It just wasn't worth it to them to compromise something they hold so dear. But we've also seen players swear, with joy, on their kids' lives and use that bond as the set up for a massive blindside. Justifiable ethics is what makes this game so fun. We all draw the line in the sand in a slightly different spot."

"I think Mike is playing the game as he must at this point," he continues. "When you're on the bottom you must stir up trouble. Same with Joe making up stuff about Ben. But with Ben, things get a little touchy. [Joe is] not just swearing on his own kids, he is attributing a lie to someone who fought for our freedom — and Joe goes further by directly connecting the lie to the Marines. Them's fightin' words! But is it wrong? There is no answer. It depends who you are playing with. If Joe can get Ben upset enough to do something crazy, then maybe it's a good strategy. That's the 'justifiable' part of this thing. Joe can justify. He has a family he is playing for, and Survivor doesn't have a rule against lying. So where's the issue? Deuces! This game really makes fun of our 'ego,' the part of ourselves that so identifies with 'who we think we are' or 'what we stand for' — all this stuff that is really ridiculous, but we can get so upset about."

Speaking of ego, Probst offers one more insight into the matter about what his own ethical code would look like if the tables were turned, and he was one of the 18 castaways vying for the million-dollar prize.

"You didn't ask me what I would do, and my 'ego' is insisting I tell you," he says. "I would definitely have a line that I would not cross. I wouldn't lie on my kids and I would try to never make it personal as in making up a story that Ben lied on the word of the Marines. But other than that, I'd go for it. I'd play big and I'd set people up and I'd probably betray way more than I can even anticipate. I would only want to win Survivor. I wouldn't care about anything else. Then I'd justify it all in the reunion show."

Justifiable ethics notwithstanding, Mike's posturing wasn't enough to control the tribe's vote. Instead, another Healer wound up on the receiving end of a the torch snuffer: Cole Medders, the wilderness therapy guide who physically dominated the challenges in the first portion of the game, embarked on a romance with nurse Jessica Johnston and ate all of the peanut butter in sight, only to become the third Healer in a row (and fourth overall) to walk away from the game.

Here's how Probst viewed Cole in the preseason: "Hard not to like Cole. I think he's going to be a favorite. I think kids will really like him. He is that kind of older kid you would want to hang out with on the weekend, or you would love if he were your big brother. It's pretty cool that he's decided to take his love of the outdoors and turn it into something positive by helping at risk kids maybe find inspiration or another path to life or a way to forgive themselves and move forward. I think he's 24, and that's a pretty mature point of view [for that age]. He has this big grin, and he's a good-looking kid. When he talks, you kind of find yourself going, 'Man, you have a lot of good qualities!'"

And here's what Probst thinks about Cole now: "I think all of this is true about Cole. Kids really dug him and every woman I know and every gay guy I know wanted to date him. It's been a while since that many of my friends have texted me asking about a player. But Cole did lose a little of his swagger as the days mounted. I think his inability to keep a secret really hurt him. But I don't think it's because he can't keep a secret, I just think Cole didn't fully understand the impact his sharing would have on his game. I think he was learning very fast, just not fast enough! As for the selfish nature of his eating habits, that's just a total misread on social politics. You just don't do that on Survivor."

Check back with THR.com/Survivor all season long for more from Probst, weekly exit interviews with the eliminated castaways, and weekly recaps from THR's very own Dan Fienberg.

IcetruckNovember 23, 2017
Like story:
tweet
At nude restaurant, reservations mandatory and clothing prohibited
Finland rolls out bread made from crushed crickets