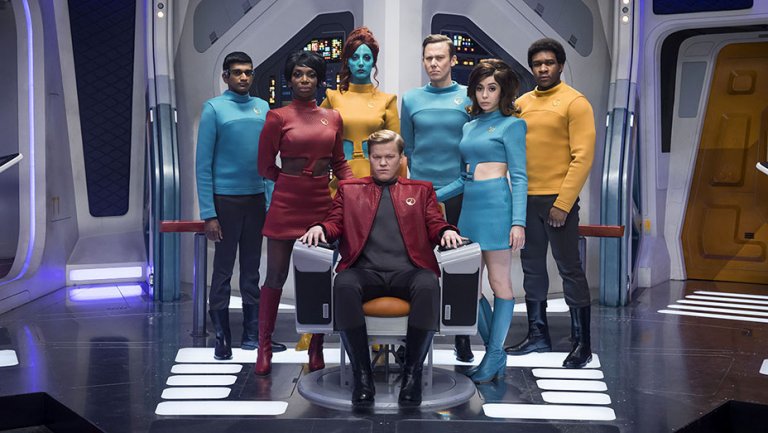 'Black Mirror': All the Season 4 Details (So Far)

What techno-horrors does Charlie Brooker have in store this cycle? Bookmark The Hollywood Reporter's guide to the Netflix anthology series before it returns.

In a past interview with Charlie Brooker, the Black Mirror creator said he tried working with Netflix to create a surprise for viewers at the end of the season three episode "Playtest." The horror romp, which warned of virtual and augmented reality dangers, ended with a sinister plot twist. Brooker wanted to take that one step further, and either have the episode play on infinite loop or delete itself after it was watched. "I wanted to do it in nightmare mode where after you watched it once, if you watched it again it was different," he told The Hollywood Reporter.

Unfortunately — or fortunately for viewers who are easily rattled — it wasn't possible. That intent, however, should tell fans of the Netflix horror anthology what Brooker has cooked up for the forthcoming season four.

In that same interview with THR earlier this year, Brooker, who writes every episode, and executive producer Annabel Jones remained categorically tight-lipped but promised to deliver on a few things when Black Mirror returns with six new episodes. (Netflix has yet to announce the release date, but confirmed the season will drop in 2017.) The pair said the season will be littered with Easter eggs to previous episodes; the success of the Emmy-winning "San Junipero" episode might influence more happy endings (though there won't be a sequel — yet); and there will be new genres, tones and lengths in what the duo called "some of our most ambitious films."

As 2017 comes to a close and the inevitable Black Mirror season four release date approaches, Netflix has launched 13 Days of Black Mirror. Starting on Nov 24, the streamer is dropping season four breadcrumbs that will lead to a 13th-day surprise. Here is everything to know about new episodes, which are listed in no particular order below. Check back in as THR will continue to update this post with new information.

In what Brooker has referred to as a "mini-indie movie," a mother's child goes missing at the neighborhood playground and when she reappears, the mother (Dewitt) turns to an experimental technology called Arkangel, dubbed the key to good parenting, to make sure the terrifying mishap never happens again.

Brooker decided to fling Black Mirror into space for the first time and the result is a 74-minute cinematic sci-fi journey. Similar to "San Junipero," Jones called the episode a departure from the typical episode because it is such a visual feat. With its fleet uniforms, the episode pays homage to Star Trek but at its core is about "tyranny and abuse of power." (Photo above.)

The Netflix summary for "Crocodile" is: Memories can be subjective. The trailer shows a woman (Sawar) questioning several people about specific incidents and introducing a technology that accesses a person's memories.

Black Mirror's fourth season is expected to release in 2017.