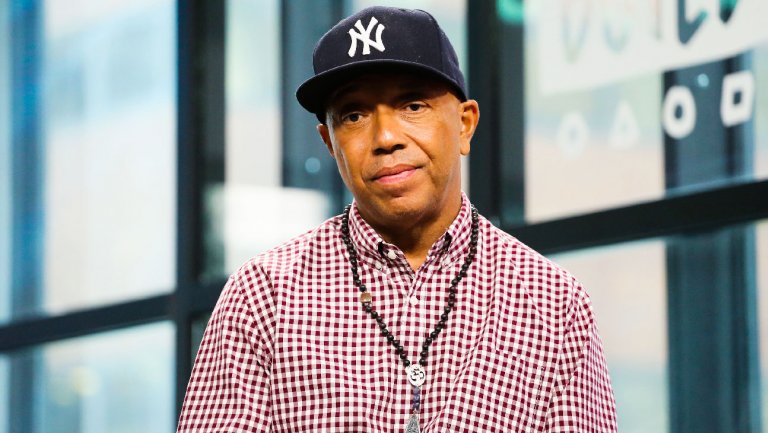 The stand-up series is set to premiere Friday, one day after a new sexual assault allegation was leveled against the prolific music and TV producer.

HBO is getting out of business with Russell Simmons.

"HBO will be airing All Def Comedy as planned," a spokesperson said Thursday about the Simmons-created series. "However, Russell Simmons will not appear in the new series and we will be removing his name from the show moving forward. The series is a platform for promising and upcoming comedians and we do not want to deprive them of an opportunity to showcase their talents to a national audience. We have no other projects with Russell Simmons."

The decision comes hours after Simmons announced he would be stepping down from his businesses in wake of a new sexual assault accusation.

The prolific music and TV producer's new stand-up series, All Def Comedy, is set to premiere Friday. The six half-hour episodes were ordered after a one-off special aired in November 2016 as part of Simmons’ overall first- look deal with HBO. Simmons' original Russell Simmons’ Def Comedy Jam, which aired on HBO from 1992-1997 and returned in 2006, was a launchpad for black comedians and All Def Comedy was revived to similarly provide a platform for up-and-coming comics and performers. All Def Comedy, taped at Los Angeles' Avalon Theatre and hosted by Tony Rock, is produced by All Def Digital, the company Simmons co-founded and served as chairman of until Thursday.

One day ahead of the series' launch, a claim was leveled against Simmons from award-winning writer Jenny Lumet. The screenwriter of Rachel Getting Married and The Mummy, and daughter of filmmaker Sidney Lumet, alleged that Simmons sexually violated her in 1991, when she was 24, in an essay for The Hollywood Reporter. Lumet said she never spoke of the alleged incident until the Harvey Weinstein stories broke, first telling a friend weeks before the first public claims were made against Simmons.

Earlier this month, the Los Angeles Times revealed allegations of Simmons teaming up with Hollywood director Brett Ratner, who is also facing several sexual harassment and assault claims, to allegedly assault women. The story came after the paper published an accusation of sexual assault and harassment by model Keri Claussen Khalighi in a Nov. 19 article.

Simmons denied Claussen's claims and after the Ratner story, he penned a reply that Lumet quoted in her letter. "I have never committed any acts of aggression or violence in my life. I would never knowingly cause fear or harm to anyone," Simmons wrote, in part.

At the time, HBO said it still planned to air All Def Comedy as planned. "The show is a platform for promising new artists and we want them to have the opportunity to showcase their talent to a national audience," a spokesperson said in a statement.

Shortly after announcing their decision, HBO scrubbed Simmons from the show's website.

In response to Lumet's claim, Simmons issued the following statement:

I have been informed with great anguish of Jenny Lumet's recollection about our night together in 1991. I know Jenny and her family and have seen her several times over the years since the evening she described. While her memory of that evening is very different from mine, it is now clear to me that her feelings of fear and intimidation are real. While I have never been violent, I have been thoughtless and insensitive in some of my relationships over many decades, and I sincerely apologize.

This is a time of great transition. The voices of the voiceless, those who have been hurt or shamed, deserve and need to be heard. As the corridors of power inevitably make way for a new generation, I don't want to be a distraction, so I am removing myself from the businesses that I founded. The companies will now be run by a new and diverse generation of extraordinary executives who are moving the culture and consciousness forward. I will convert the studio for yogic science into a not-for-profit center of learning and healing. As for me, I will step aside and commit myself to continuing my personal growth, spiritual learning and above all to listening.