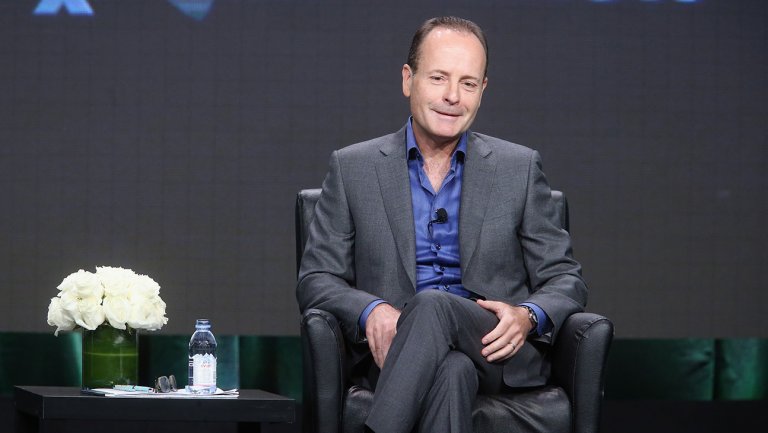 John Landgraf: "It's a Good Thing" FX and Disney Are So Different

"We can't do what we do if we aren't allowed to maintain our culture."

Between Louis C.K. and the recent Disney purchase, John Landgraf's semiannual State of the Union with TV press took a back seat to pressing matters particular to his network and studio on Friday morning.

The CEO of FX Networks and FX Productions spent the bulk of his time on stage echoing some of the points corporate siblings Dana Walden and Gary Newman made the day before — though with a bit more clarity. A year or 18 months down the line, FX will be a Disney-owned company.

"I can look at history and say that I think Disney, under Bob Iger, has been a very good steward of brands that it's bought," said Landgraf. "Places like Marvel and Pixar have distinctive creative cultures. Those creative cultures seem to have thrived under Disney's leadership."

Landgraf recalled his own conversation with Iger post-merger announcement, and stressed that the identity of his network was not under threat by getting beneath the umbrella of a decidedly more PG corporate parent. "He seems to have really wanted FX to be part of the larger plans," said Landgraf, alluding to the fact that the entire FX operation accounted for roughly $8 or $9 billion of the $52.4 billion purchase The Walt Disney Company made of 21st Century Fox's entertainment assets. "We do something that's unique. In some ways, it's odd that FX and Disney's brands are so different from each other. But it's a good thing. What we do doesn't currently exist within that company."

FX, as Landgraf sees it, will be the adult TV programming in Disney's growing wheelhouse that's intended to compete with global streaming companies like Netflix and even HBO. He noted that FX currently lags, in volume, to those two — something Disney money may be able to help: "As much as we're incredibly efficient at converting investment and relationships into good television, and we're way more efficient that many, the sheer numbers that Netflix is pushing out makes it a challenge of staying in that upper echelon without more resources and more support."

(Not to ease up on his barbs against the streaming service, Landgraf did remind the crowd that Netflix is a "money-losing enterprise" — with $2 billion in losses but a remarkable gain in market share and market value.)

Wrapping up his Disney thoughts, Landgraf added that he presently has no awareness of what his role will be when the merger is complete in 12 to 18 months. What he did seem sure of is that significant changes to his already "lean" organization would take a toll on its identity. "We can't do what we do if we aren't allowed to maintain our culture," he said.

When he wasn't fielding Disney questions, Landgraf tried to expand the sexual harassment conversation outside of just C.K. The comedian's public admission of sexual misconduct, albeit not on any FX project, was followed by his swift dismissal from the network and studio. And that offered a catalyst for Landgraf to address the larger matter. He spoke about ongoing sexual harassment prevention training on both a network and show-by-show basis, the latter an effort that started five years ago.

But when asked about what potentially wider results the recent acknowledgement of systemic harassment and power inequality across Hollywood might be, Landgraf insisted that it was not a question for him to answer.

"I don't think a powerful, middle-aged white male should pronounce a Solomonic decision on what should come about," he said, noting that course should by charted by women and the people who've spoken out. "My responsibility, as an employer, is to use that power to create a safe working environment. Beyond the scope of my own control, I demure."