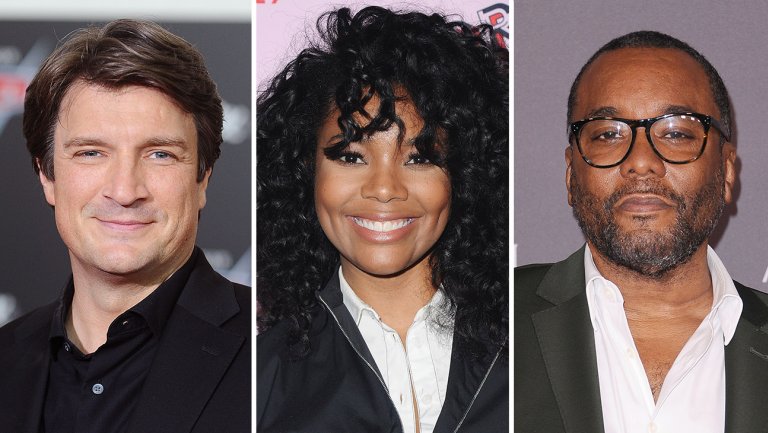 Bookmark our annual guide and refresh for the latest as THR tracks pilot pickups, castings and eventual series orders.

Following another prolonged development season, the broadcast networks are gearing up for a busy pilot season as they compete with not only one another, but also with basic and premium cable and streaming services including Apple, Netflix, Amazon and Hulu — all of which are multibillion-dollar scripted pushes.

As in the past few years, the networks continue to look to reboots, family fare and procedurals to help cut through the increasing clutter, with immigration-themed comedies and dramas and light-hearted fare like The Good Doctor also hot this season.

Here's a look at the pilots in contention for the 2018-19 television season, as ABC, CBS, NBC, Fox and The CW sift through hundreds of scripts and march forward in a bid to find the next breakout comedies and dramas. Bookmark THR.com/PilotSeason as well as this page as The Hollywood Reporter will update this guide throughout the season with the latest pilot orders, castings and eventual series pickups.

The Rookie — STRAIGHT-TO-SERIES ORDER
Logline: Inspired by a true story, The Rookie centers on John Nolan (Nathan Fillion), the oldest rookie in the LAPD. At an age where most are at the peak of their career, Nolan cast aside his comfortable, small-town life and moved to Los Angeles to pursue his dream of being a cop. Now, surrounded by rookies 20 years his junior, he must navigate the dangerous, humorous and unpredictable world of a "young" cop, determined to make his second shot at life count.
Cast: Nathan Fillion
Team: W/EP Alexi Hawley (Castle); Mark Gordon, Nicholas Pepper, Michelle Chapman, Jon Steinberg, Nathan Fillion; EP/D Liz Friedlander
Studio: ABC Studios, the Mark Gordon Co.
Location:

Our People
Logline: Based on the Israeli format Nevsu: A Young Multi-Cultural Couple, the comedy revolves around a man from a bombastic African family, who don't have a word in their native language for "privacy,” and his fiancee from a Midwestern family who try to build a normal life together. Although nobody can agree what that "normal" means.
Cast:
Team: W/EP Vali Chandrasekaran (Modern Family, 30 Rock); EP Lee Daniels, Pam Williams, Marc Velez, Yossi Vassa, Shai Ben-Atar and Liat Shavit
Studio: Endemol Shine, 20th Century Fox Television, Lee Daniels Entertainment
Format: Single-camera
Location:

Rel
Logline: Lil Rel, a prideful, self-made success who lives by the code to "always believe in yourself and great things will come," finds that attitude put to the test when he learns his wife is having an affair with his own barber. He tries to rebuild his life post-divorce as a long-distance single father on the South Side of Chicago who is on a quest for love, respect and a new barber. Inspired by Lil Rel's life.
Cast: Lil Rel Howery (The Carmichael Show)
Team: W/EP Kevin Barnett and Josh Rabinowitz (The Carmichael Show), Lil Rel; EP/showrunner Mike Scully (Carmichael Show); EP Jerrod Carmichael
Studio: 20th Century Fox Television
Format: Multicamera
Location:

In Between Lives
Logline: A mysterious young woman reluctantly uses her gift of clairvoyance to help a veteran LAPD detective and a damaged ex-FBI outsider solve the most unnerving and challenging cases the city encounters. This eerie ability also opens the door for her to see and talk to the dead, who are seeking help for unresolved problems, whether she likes it or not.
Cast:
Team: W/EP Moira Kirland (Madam Secretary); EP David Heyman, Nancy Cotton
Studio: NBC International, Universal Television, Heyday Television
Location:

Untitled Bellevue hospital project
Logline: Inspired by Dr. Eric Manheimer's memoir Twelve Patients: Life & Death at Bellevue Hospital, it's a character-driven medical drama that revolves around the new director of Bellevue Hospital, whose maverick approach disrupts the status quo while always prioritizing patient care. Located in Manhattan, Bellevue is the only hospital in the world that has the capability to treat Ebola patients, prisoners from Rikers Island and the president of the United States all under one roof.
Cast:
Team: W/EP David Schulner (Emerald City, Do No Harm); EP/D Peter Horton; P Eric Manheimer
Studio: Universal Television, Pico Creek Productions
Location:

The Village
Logline: Despite differences in age, race, culture and lifestyle, the residents of a Manhattan apartment building find that the more their lives intertwine, the more complex and compelling their connections become, thus proving life’s challenges are better faced alongside family, even if it’s the one you make wherever you find it. All under one roof we will meet a recovering war vet, a pregnant teenage girl and her single mom, a cop with an unexpected love interest, a woman hiding a terrifying secret from her husband and a millennial lawyer who might find his grandfather is the best and worst roommate he ever could have hoped for.
Cast:
Team: W/EP Mike Daniels (Sons of Anarchy, Taken)
Studio: Universal Television
Location: New York