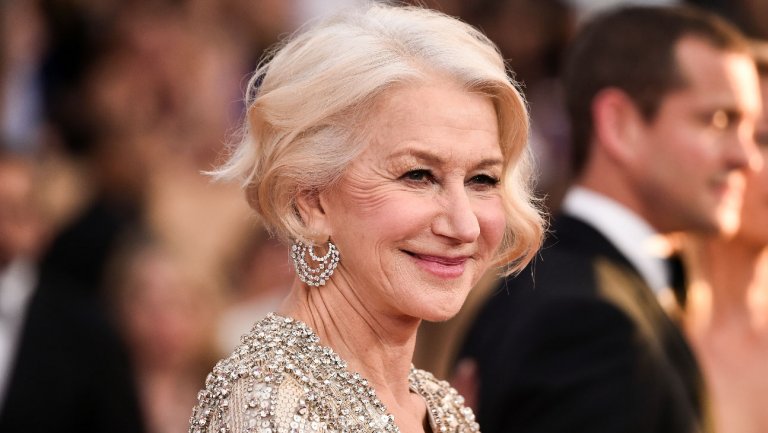 Helen Mirren to Play Catherine the Great in HBO Miniseries

'Catherine the Great' is a four-part drama produced in partnership with Europe's Sky.

Hours after landing Meryl Streep in one of the small screen's biggest casting coups, HBO is bringing Helen Mirren to TV.

The premium cable network is teaming with Europe's Sky for a four-part Catherine the Great miniseries starring The Queen Oscar winner Mirren.

The mini, which will begin production this year, will star Mirren as Catherine and explore the politically tumultuous and sexually charged court of the most powerful female monarch in history. The series will follow Catherine toward the end of her reign and her passionate affair with Grigory Potemkin (uncast). Amid scandal, intrigue and conflict, HBO and Sky are billing the mini as a story of obsessive love. Unable to publicly marry and famously promiscuous, they develop a unique and devoted relationship, overcoming their adversaries and together shaping Russia as we know it today.

Catherine the Great will be written by Nigel Williams, who will reunite with Mirren and HBO after penning the script for the cabler's 2005 miniseries Elizabeth I. Philip Martin, who won an Emmy for directing Mirren in Prime Suspect, will direct. Exec producers include David M. Thompson (Woman in Gold, Death Comes to Pemberley) for Origin Pictures; Charlie Pattinson (Elizabeth I, The Missing, Skins) for New Pictures; Mirren; and Martin. Jules Hussey (Hooten and the Lady) produces.

"I am very excited by the possibility of embodying a woman from history who grabbed and then wielded great power," Mirren said. "She rewrote the rules of governance by a woman, and succeeded to the extent of having the word Great attached to her name, Catherine the Great. I am very grateful to have HBO and Sky as partners in this endeavour. There are no other homes on television that bring the support and understanding needed for this kind of project."

Catherine the Great is the third Sky and HBO collaboration following their $250 million co-production deal. Sky and HBO previously partnered on Chernobyl, starring Jared Harris; and Gangs of London. HBO will have stateside rights to Catherine the Great and air it in Canada via its output deal with Bell Media.

"We are jubilant about having Helen Mirren back on HBO, playing the iconic Russian empress and joining this distinguished team of British filmmakers. This collaboration will, no doubt, result in a truly regal miniseries,” said HBO miniseries president Kary Antholis.

"Helen Mirren came to me with the idea for Catherine the Great when we were working with her on Woman in Gold, saying it's a part she's always wanted to play," Origin Pictures' Thompson said. "I’m delighted we’re now making the series and indeed we can't think of anyone better for the role. We’re thrilled with the scripts from Nigel Williams and the drama couldn’t have found a more perfect home than Sky/HBO. We're really pleased to be collaborating with New Pictures on the show, and look forward to bringing it to fruition."
Mirren earned an Emmy nomination for HBO's 2013 telepic Phil Spector and took home the trophy in 2006 for HBO's Elizabeth I (as well as in 2007 for British drama Prime Suspect: The Final Act). The multiple Oscar nominee took home the statuette in 2007 for her role in The Queen. She's repped by CAA.