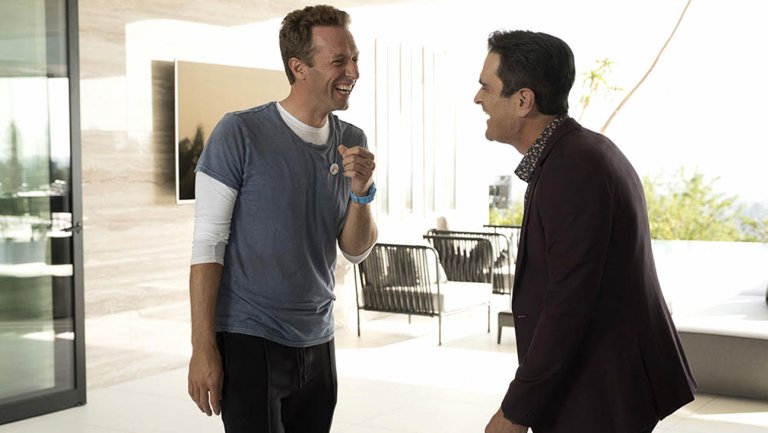 Chris Martin — Yes, From Coldplay — to Guest on 'Modern Family'

He's playing himself. And it's not just a cameo.

The Coldplay frontman has already filmed his spot for Nov. 29 episode, appropriately dubbed "Brushes With Celebrity." And while he will be playing himself, sources close to the show stress that it's not just a cameo. He's getting a beefy role.

Martin doesn't have much of an acting résumé, though he has played himself on several occasions — perhaps, most famously, in a 2006 episode of Extras. His scenes in the episode will be with Ty Burrell's Phil. And the narrative is a flashback, in which Phil recounts an awkward "health issue" while trying to sell Martin a house.

It's not immediately clear which other guest stars filmed appearances for the episode, but there will be more. The premise finds the Dunphey clan recounting their own stories of run-ins with famous people.