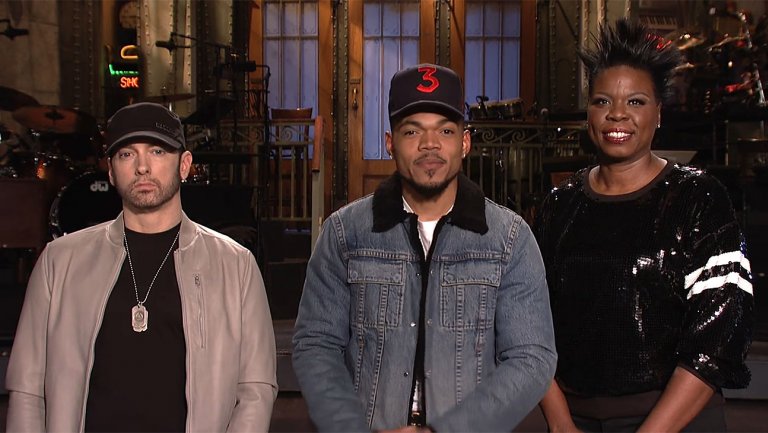 The winner of the bunch is by far "Chancer the Dancer."

In a preview for this week's Saturday Night Live, host Chance the Rapper talks with musical guest Eminem and castmember Leslie Jones about how excited they all are for the episode.

In the first clip, Jones challenges Eminem to a rap battle, to which Eminem admits that she would win. After that, Jones jokes about a dream she had where the two rappers were knitting together.

Eminem and Jones also go back and forth considering new names for Chance after Eminem wonders why he, the rapper who is the musical guest, isn't referred to as a "rapper" while Chance is — and suggests a name change. The winner of the bunch is by far "Chancer the Dancer."

Watch the promo below.

This story first appeared on Billboard.com.