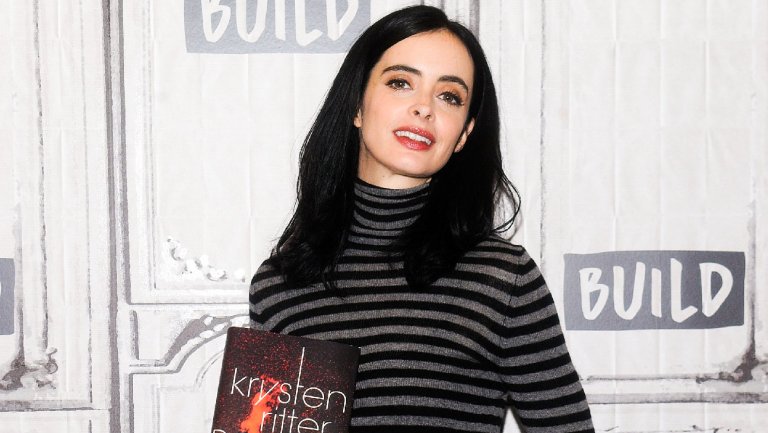 When Krysten Ritter realized that her percolating idea for a thriller wasn't quite working as a TV pitch, she decided to turn it into a book instead.

Now that the 35-year-old actress' debut novel, introspective thriller Bonfire, published Nov. 7 to raves… her pitch is now infinitely more appealing. "That was kind of the idea," says Ritter, with a laugh. "I have a company [Silent Machine] and I've optioned other people's books. IP helps. People want proven material."

Ritter knows the power of IP well. Titular star of Netflix and Marvel's Jessica Jones (and companion The Defenders), she's part of what's arguably the most formidable franchise in pop culture — a status that helped her promote Bonfire. "I think if I didn't have those Comic-Con and Marvel experiences ahead of time, I'd have been nervous," Ritter says, half-way through a two-week book tour. "But, turns out, this is the best part."

Bonfire, which follows a young lawyer who's reluctantly drawn into the drama of the hometown she's tried to forget by a case, is already drumming up interest for adaptation. Writing the book also gave the author an outlet she wasn't expecting.

“I love my acting job more than anything, but I get in my car when I’m told and I act when someone says, ‘Action,'" Ritter says. "I have to harness that creativity on someone else’s time. This was a way to do it on my own time. That said, I still had a hardcore deadline."

This story first appeared in the Nov. 15 issue of The Hollywood Reporter magazine. To receive the magazine, click here to subscribe.

IcetruckNovember 18, 2017
Like story:
tweet
Zimbabwe latest: Crowds outside Mugabe office to force him out
Saad Hariri, Lebanon PM, to return to Beirut ‘in coming days’