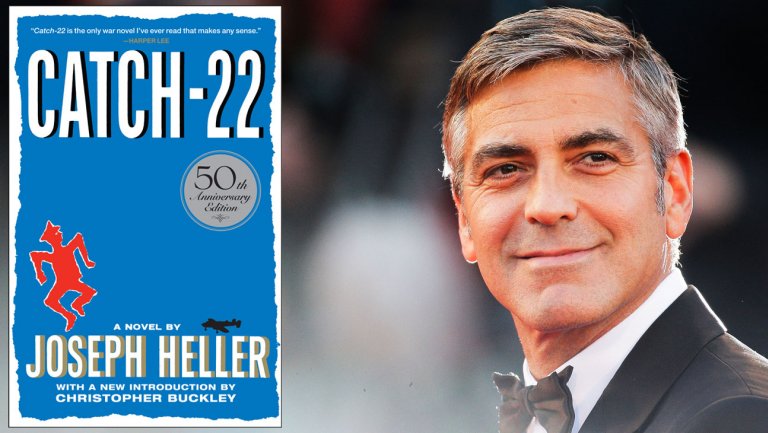 How George Clooney's 'Catch-22' Love Brought Him Back to TV

Paramount Television, Anonymous Content and CAA made it happen.

When Amy Powell relaunched Paramount Television four years ago, the executive selected a handful of books that she hoped to mine for the studio. Among them: Joseph Heller's seminal novel Catch-22, which as Powell would find out later, happened to be George Clooney's favorite book.

Flash-forward four years and Paramount TV is shopping a six-episode limited series based on the World War II novel with the Oscar winner attached to star and direct. The package is being taken out in December to ad-free outlets like Apple and HBO, with Powell already fielding calls from all of the SVOD platforms, among others.

In order for Catch-22 to become a finally become a reality, Powell brought in Richard Brown and Steve Golin of Anonymous Content — with whom Paramount TV has an overall deal — to find the perfect writers. Golin and Brown brought writers Luke Davies (Lion) and David Michod (War Machine) to Powell and a year later, the duo pitched what the Paramount TV president described as a "thoughtful take" on the material. Not long after, Clooney's CAA agent Bryan Lourd and co-head of TV Joe Cohen called Powell with the news that Clooney loved the book and wanted to meet.

Powell sent all six scripts to Clooney and his producing partner Grant Heslov. They read them overnight. That led to a lunch with Powell, Heslov and Clooney in which the latter asked if he could play Col. Cathcart in what would be his return to TV decades after NBC's ER. "He had incredible instincts on the material," Powell recalls. "He talked about how he wanted to direct, what locations could be used and how he wanted to cast fresh faces to play the show's young soldiers. It was a love fest."

Paramount TV and Clooney's plan is to make Catch-22 a global story and shoot on location in a bid to be as accurate as possible. Producers also want to use one of the handful of surviving World War II planes. (Davies and Michod went for a flight in one of them as research.)

As for the price tag, Powell suggested Clooney would be earning more per-episode than the eye-popping $500,000 per hour Kevin Costner is earning for Paramount Network's Yellowstone. "He's very A-plus talent," Powell says of Clooney with a laugh.

Catch-22 marks the first TV role for Clooney, who will also co-direct all six episodes with Heslov, in more than a decade after his Emmy-nominated turn on NBC's ER.

Next up for Paramount TV, the studio behind controversial watercooler hit 13 Reasons Why is Netflix comedy Maniac, starring Emma Stone, Jonah Hill and Justin Theroux from Emmy-winning True Detective director Cary Fukunaga and shopping Anne Rice's famed The Vampire Chronicles, which will be taken out in the new year.