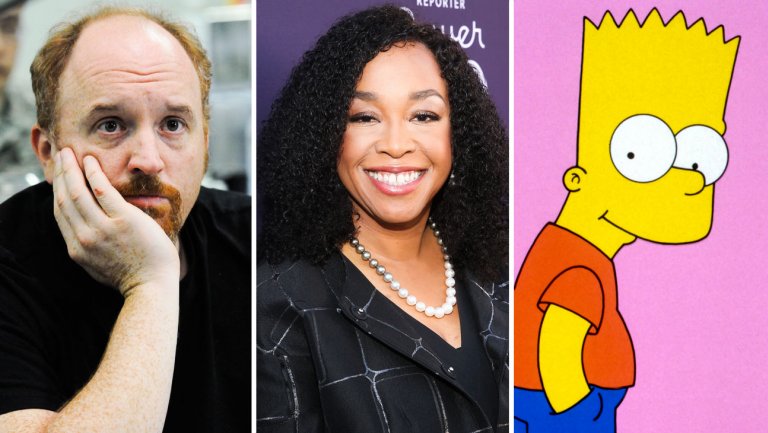 The 3 Topics TV Press Will Push With Execs This TCA

Disney's Fox acquisition, ongoing harassment fallout and big talent deals will be fixtures in the semi-annual dialogue between critics and networks.

Winter's semi-annual meeting of TV critics kicks off Thursday. And, like the first of two press conference marathons in 2017, concerns for the networks far outmeasure the number of executives who'll be formally addressing them. Only a handful of TV chiefs are set to face the firing squad in Pasadena, which will suffer from no shortage of hot-button issues.

Merger Mystery
No one realized back in July, when the schedule fell into place, what a favor Fox was doing its peers by opening the 2017 press tour. The network's future, in serious doubt, is the most pressing matter on deck — as the rest of the parent company's entertainment assets head to Disney, approval pending, leaving it without a sister studio. What does this mean for chairmen and CEOs Dana Walden and Gary Newman, who currently run the soon-to-be-divided assets? They may not know yet, but they'll be on hand to talk through the confusion — likely setting the tone for the duration of the two-week event.

TV's Sexual Harassment Response
Was the demise of the forgettable drama Wisdom of the Crowd a direct result of harassment claims levied against star Jeremy Piven? CBS entertainment president Kelly Kahl won't be around to debate. At least The CW head Mark Pedowitz has signed up for a Q&A (Sunday), one that will no doubt touch on fired Supergirl producer Andrew Kreisberg and iZombie actor Robert Knepper — both of whom have faced claims of misconduct. FX topper John Landgraf, another player in the Fox-Disney drama, will no doubt be pressed on Friday about his network's longtime (now-defunct) relationship with ostracized Louis C.K. But the real circus may hold until PBS president and CEO Paula Kerger sounds off (Jan. 16) on the firings of Charlie Rose and Tavis Smiley. (And don't forget the small matter of her institution's funding threats under the Trump administration.)

Holding Onto Talent in "Peak TV"
As TV's arms race gets dirty, a dialogue about keeping creatives happy could be the third TCA throughline. ABC boss Channing Dungey will be grilled Monday about the details surrounding Shonda Rhimes' Netflix move and what it means for the future of the enduring hit Grey's Anatomy — as well as the network's drama brand as a whole. Rhimes' $100 million move, after all, is hardly an anomaly. Last year also saw OWN ratings king Tyler Perry opt for a future with Viacom over Discovery. Those deals could ring particularly relevant to mega-producer Ryan Murphy. On hand (Thursday-Friday) to promote 9-1-1 (Fox) and The Assassination of Gianni Versace (FX), 20th Century Fox's longtime golden boy will definitely have words on the prospect of working for Mickey Mouse.