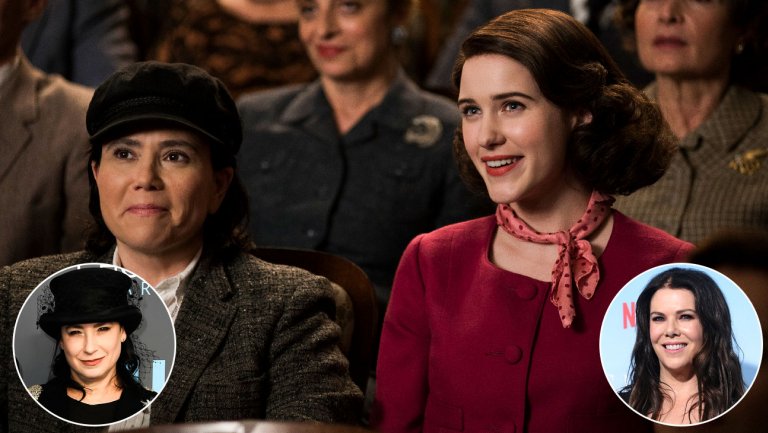 The showrunner behind the Amazon series also tells THR that the second season will include Midge taking her act on the road to the Catskills.

If all goes as planned, Lauren Graham will be reuniting with Gilmore Girls creator Amy Sherman-Palladino on Amazon's awards season favorite The Marvelous Mrs. Maisel.

"I gotta get my girl Lauren on the show,” Sherman-Palladino told The Hollywood Reporter at the PGA Awards, where she took home the prize for outstanding producer of episodic television, comedy. “I want to have her on it.”

In fact, Graham — who spent seven seasons (plus the Netflix revival) playing Lorelai Gilmore — has already pitched some of her own ideas. “Lauren wants to be something very specific,” Sherman-Palladino said. “She has it all figured out.”

Now, the longtime friends and collaborators just have to figure out timing.

The second season of the Amazon series is set to start shooting in March. Not only will they continue filming in New York, but Sherman-Palladino revealed that Midge (Rachel Brosnahan) and Suzie (Alex Borstein) are taking the act on the road. “I want to see those two girls stay some nights in shitty hotels and playing some dumpy clubs,” she said with a laugh. Their itinerary will include the Catskills — aka, the Borscht Belt — where such comedy legends as Joan Rivers, Jerry Lewis, Billy Crystal, Rodney Dangerfield, Sid Caesar and Buddy Hackett honed their skills during the height of the area’s popularity from the 1940s through the early '70s.

Production designer Bill Groom is scouting locations to serve as one of the iconic upstate New York resorts. “None of them exist anymore,” Sherman-Palladino said. “We’re going to have to find something and re-create it.”