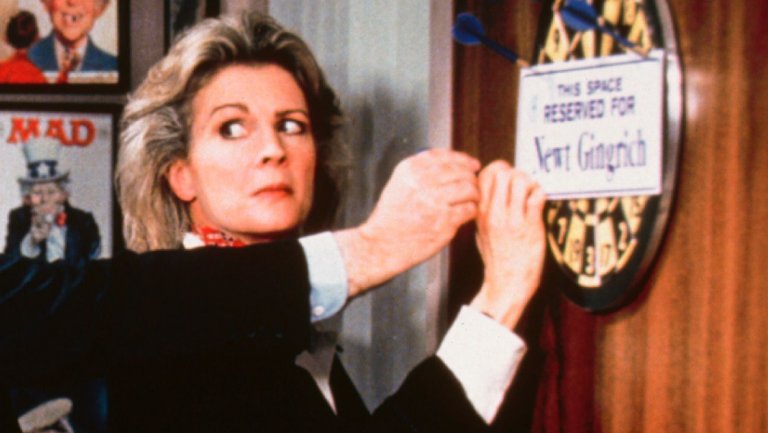 Candice Bergen is returning for the sitcom reboot, which will air during the 2018-19 season.

Not one to be left out of TV's current reboot frenzy, CBS is adding another vintage comedy to its lineup: Murphy Brown.

The landmark sitcom, from Diane English and starring Candice Bergen, was an Emmy darling and a cultural touchstone for its then-uncommon portrayal of a single working mother. The Warner Bros. produced effort has received a 13-episode straight-to-series order and will include Bergen reprising her role. English is returning as well, serving as writer and executive producer through her Bend in the Road Productions shingle.
The order for more Murphy Brown, just shy of the 30th anniversary of its 1988 premiere, comes as networks and streamers have looked to their past catalogs for programming that will make an impact in the increasingly fractured TV market. On the Big Four, the most notable revivals include such similarly groundbreaking series as NBC's Will & Grace, ABC's upcoming Roseanne revisit and, perhaps to a lesser extent, Fox's The X-Files.

As CBS noted Wednesday in a release about the order, there's no shortage of material for the show, which was set in the offices of a cable news channel. The titular character, at the time, was parts Diane Sawyer and Barbara Walters, with an attitude all her own. Murphy Brown "returns to a world of cable news, social media, fake news and a very different political and cultural climate," per CBS. During its 10-year run, the series targeted real politicians, perhaps most famously when then Vice President Dan Quayle singled it out in a speech about "family values." The comedy retaliated by incorporating him into a storyline, culminating in Bergen's character dumping a truck full of potatoes dumped in front of his residence. (Quayle once misspelled the root vegetable during a visit to a school — which, by 1992 standards, was worthy of mockery over many news cycles.)

Again multicamera, Murphy Brown is the first straight-to-series order for CBS' 2018-19 season and comes days after ordering pilots from three female writers. The network has publicly struggled with its on- and off-camera tendency to hire white men. Murphy Brown might be the first reboot to land on the broadcast network, but CBS has been busy mining its own library elsewhere. Streaming service CBS All Access has already launched a new Star Trek, and a reboot of The Twilight Zone is in the works.
What's not immediately clear about the Murphy Brown order is who else of the original cast may be on board. Faith Ford, Joe Regalbuto and Grant Shaud all have busy TV careers; Charles Kimbrough appears to be at least semi-retired; and Robert Pastorelli died in 2004.
It's also worth noting that Murphy Brown isn't currently streaming. That library is almost sure to land somewhere in the run-up to its TV return — and the price tag on those 247 episodes should prove to be a lucrative side effect of this revival.